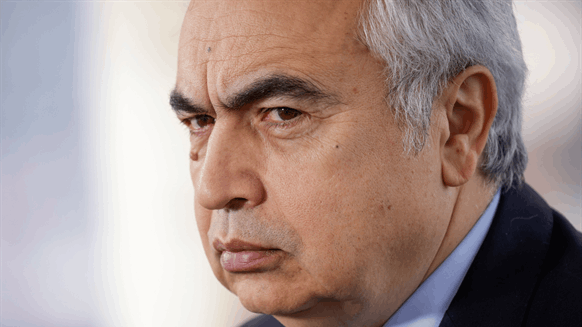 The head of the IEA slammed the decision by OPEC+ to reduce oil output, saying it'll worsen the outlook for countries sliding toward a recession.

The head of the International Energy Agency slammed last month’s decision by OPEC+ to reduce oil output, saying it’ll worsen the outlook for countries sliding toward a recession.

“The recent decision of OPEC+ to cut the production by 2 million barrels a day was definitely not helpful,” IEA Executive Director Fatih Birol said Wednesday in an interview from the COP27 summit in Egypt. The move is fueling inflation, especially in developing countries, and may require a “rethink,” he said.

The Organization of Petroleum Exporting Countries and its allies have argued that the supply curbs are necessary in the face of severe economic uncertainty. Trends in prices and demand shortly after the decision gave some vindication to the strategy, but oil is now once again heading toward $100 a barrel, just weeks before additional sanctions on Russian crude exports kick in.

Energy-importing nations in Africa, Asia, and Latin America will suffer the most from OPEC+’s output cut, according to the IEA, an adviser to developed countries. Investments in fossil fuels need to continue -- alongside those in renewables -- to enhance global energy security, Birol said.

In the past, the IEA has cautioned against more fossil-fuel spending, warning in 2021 that the world must stop developing new oil and gas fields or face a dangerous rise in global temperatures.

--With assistance from Grant Smith and Paul Wallace.