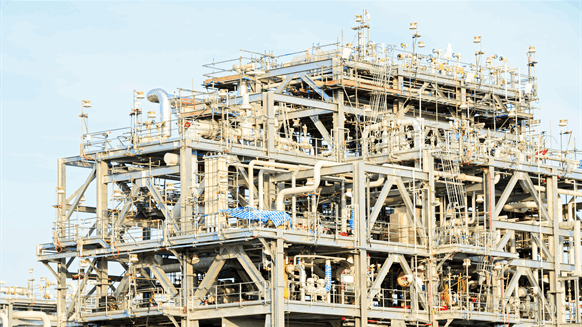 The refiner also inked a deal to sell its 1.5 million-barrel storage terminal and related assets in north-central Oklahoma for $36 million.

The Sugar Land, Texas-based company said in a statement Tuesday that it has retained Bank of America Merrill Lynch as a financial adviser. It also inked a deal to sell its 1.5 million-barrel storage terminal and related assets in north-central Oklahoma to Plains All American Pipeline LP for about $36 million.

CVR’s refining unit operates the Coffeyville refinery in Kansas and the Wynnewood refinery in Oklahoma. Shares of CVR, which had advanced 37% this year through Tuesday’s close, jumped as much as 3.7% in after-hours trading. The company has a market value of $4.75 billion.

The company "is already trading at a hefty price," analysts at Tudor, Pickering, Holt & Co. said in a note to clients. "We struggle to see who the likely buyer would be."

Icahn took a controlling stake in CVR in 2012 and shortly afterward the company issued a special $5.50-a-share dividend, netting him about $392 million. The company has since issued two more special dividends, of $6.50 and $2, in addition to its regular quarterly investor payouts. Icahn Associates Holding owned 71% of CVR as of April 10, according to data compiled by Bloomberg.

Icahn has long been a vocal opponent of the biofuel credits that independent U.S. refiners such as CVR pay when they can’t blend renewable fuels like ethanol or biodiesel with petroleum. Icahn became a special regulatory adviser to President Donald Trump following his election, before stepping down in August 2017.

In an April filing with the U.S. Securities and Exchange Commission, CVR reiterated that it is cooperating with the U.S. Attorney’s office for the Southern District of New York following a September 2017 subpoena related to Icahn’s activities regarding renewable fuleds policy and his role as special adviser.

CVR bought CVR Refining LP, a publicly traded partnership it controlled, in January for about $241 million.

“CVR Energy does not have a defined timeline for the exploration of strategic alternatives and makes no assurances that its evaluation will result in any transaction being announced or consummated,” the company said in its statement.