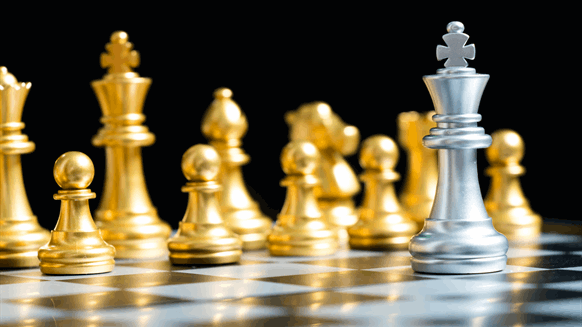 Occidental's leaders hastily put together its $38B deal for Anadarko in a job-preserving bid to stave off a takeover itself, according to activist investor Carl Icahn.

(Bloomberg) -- Occidental Petroleum Corp.’s leaders hastily put together its $38 billion deal for Anadarko Petroleum Corp. in a job-preserving bid to stave off a takeover itself, according to activist investor Carl Icahn.

Occidental Chief Executive Officer Vicki Hollub and Chairman Eugene Batchelder appear to have negotiated the "extremely risky" transaction because they were worried their oil and gas explorer was in the crosshairs of a potential buyer, Icahn said in a letter that will be sent to Occidental shareholders Monday.

"I do believe that Hollub and Batchelder know what’s good for them and their personal agendas but do not particularly care what’s good for shareholders," Icahn said in the letter, a copy of which was reviewed by Bloomberg. "With [Occidental] weakened and doing poorly, Hollub and Batchelder were fearful there would be a bid for the company which shareholders would accept."

The letter is Icahn’s latest salvo in the activist investor’s attack on Occidental after it successfully outbid Chevron Corp. for Anadarko in May, striking the oil industry’s biggest deal in at least four years. Icahn, who owns a $1.7 billion stake in Occidental, has lambasted the financing for the deal and lack of a requirement for shareholder approval.

Occidental has urged shareholders not to support Icahn’s effort to replace four directors, arguing it’s not in the best interest of shareholders. Separately, it also appointed Robert Shearer, a former managing director at BlackRock Inc., to the board earlier this month.

Hollub pushed back against Icahn’s nominees in her own letter to shareholders Monday, saying none of them possess "skills that are additive or superior to our existing directors." The deal, expected to close in the second half of the year, is forecast to deliver $3.5 billion in cost and capital-spending synergies, she said.

"Mr. Icahn’s own statements demonstrate that he does not understand or support the strategic and financial merits of the acquisition and we believe that his board nominees would interfere with our ability to successfully integrate Anadarko’s valuable assets, execute our divestiture and deleveraging plan and deliver on the full promise of this acquisition at this critical juncture," she said.

The back-and-forth comes less than a week after Icahn formally asked Occidental investors to help him replace four of the company’s 10 directors and potentially push for a sale. Icahn had spoken to Hollub several times over the past six weeks about his concerns over the Anadarko deal, he said in a proxy filing last week.

Icahn said in an interview on Bloomberg TV that he was trying to prevent Occidental from repeating mistakes similar to the ones it made negotiating the Anadarko deal. Hollub could have arranged financing for the deal months in advance but "panicked" when the need arose, he said.

"You need somebody like us, or a voice on that board to keep these people honest," Icahn said. "The board has done a deal that I think is ridiculous. They could panic again."

Hollub and Batchelder have an "egregious track record" despite being highly paid, Icahn said in the letter. Occidental’s board "rubber stamped" the Anadarko deal, negotiating it too quickly as it structured it to avoid a shareholder vote, he said.

Occidental’s executives, with limited mergers and acquisitions experience, gave up too much in the $10 billion financing deal they struck with Warren Buffett’s Berkshire Hathaway to outbid Chevron, Icahn said. Hollub was "arrogant" to think she could negotiate with Buffett, he said.

"Buffett literally took her to the cleaners,” he said in the letter. “The Buffett deal was like taking candy from a baby and amazingly she even thanked him publicly for it!”

Buffett will receive an 8% return on his preferred shares to finance the deal plus warrants to buy common shares, a similar structure the financier used before in taking stakes in Bank of America Corp. and Goldman Sachs Group Inc. Icahn claimed that at least one large investor that he knows of would have provided the financing without the warrants.