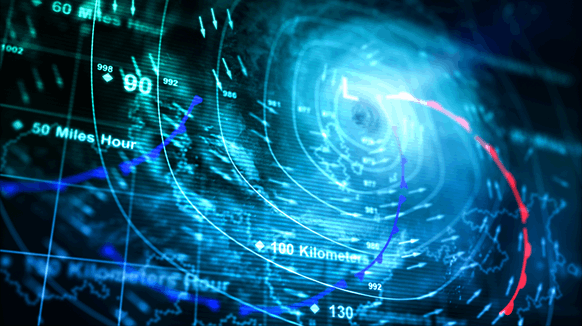 (Bloomberg) -- Hurricane Florence may make gasoline more expensive along the East Coast as drivers fuel up ahead of the storm, while missing key refinery and storage hubs.

"Motorists can expect spikes in pump prices to be brief, but possibly dramatic," Jeanette Casselano, a spokeswoman for AAA, said in a statement. "A storm like this typically causes an increase in fuel purchases in the market and a slowdown in retail demand."

Hurricane Florence -- now a category 4 storm -- is expected to hit the coast between South Carolina and Virginia by the end of this week, potentially shutting distribution terminals in the mid-Atlantic. Colonial Pipeline, the main conduit for moving gasoline and diesel from Houston to New York, runs through North Carolina, as does Kinder Morgan Inc.’s Plantation Pipeline.

Unlike Hurricane Harvey last year or Sandy in 2012, Florence’s path toward the Carolinas and Virginia will miss refineries in the Gulf Coast and Philadelphia areas and the massive storage terminals along New York Harbor. Harvey shut more than one-quarter of U.S. fuel-making capacity, while Sandy crippled terminals and distribution lines in the huge New York market.

"I do not believe Hurricane Florence will affect gas pricing outside of the three states," said Patrick DeHaan, senior analyst at GasBuddy. "Colonial Pipeline could lose power and it may be difficult to find gas stations after the storm passes."

Long-haul pipeline systems depend largely on commercial power to pump the fuel through the lines.

The storm could delay the typical price drop seen during the fall, as retail stations switch from selling cleaner, harder-to-produce summer-grade gasoline to winter-grade, which is less expensive to make.

Florence isn’t likely to rival Hurricanes Harvey or Irma, DeHaan said. "On a severity scale of 1 to 10 I would rate a 3."