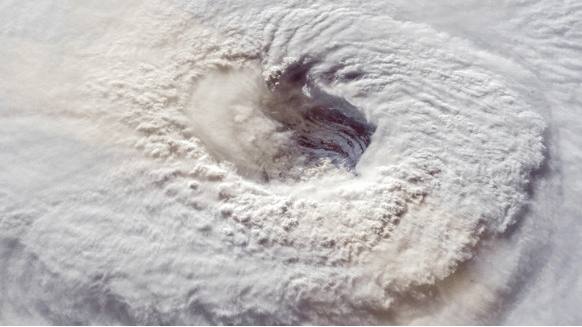 The hurricane is forecast to churn through the energy-producing region of the Gulf of Mexico before likely hitting Louisiana.

(Bloomberg) -- Hurricane Delta is barreling toward Cancun as a building-wrecking Category 4 hurricane, threatening to cause $16 billion in losses before plowing across the Gulf of Mexico and coming ashore again in Louisiana.

Delta has rapidly intensified as it nears the resort city of Cancun at the tip of Mexico’s Yucatan Peninsula, where it could push ocean levels up to 11 feet (3.4 meters) above normal when it makes landfall Wednesday, the U.S. National Hurricane Center said. The hurricane is then forecast to churn through the energy-producing region of the Gulf before likely hitting Louisiana, which has been struck twice already this year, on Saturday. Delta had winds of 140 miles (225 kilometers) per hour as of 2 p.m. New York time.

Delta’s winds can snap trees, flatten houses and cause power outages lasting weeks. “Most of the area will be uninhabitable for weeks or months,” the center said.

“Extremely dangerous storm surge and hurricane conditions are expected within portions of the northern Yucatan Peninsula of Mexico beginning tonight,” said Dan Brown, a meteorologist with the center.

Delta threatens to become the latest in a string of deadly natural disasters in 2020, a year that has been marked by a hyperactive hurricane season, devastating wildfires and a derecho that wreaked havoc across the U.S. Midwest. It will be the record 10th tropical storm or hurricane to hit the U.S. in a year. So many have formed that the hurricane center has used up all the names on its official list and has resorted to the Greek alphabet to designate systems.

For Delta, “the strengthening trend that was seen last night is not likely to stop as the storm continues to progress towards the Yucatan Peninsula,” said Elizabeth Palumbi, a meteorologist with commercial forecaster Maxar.

Delta’s winds grew from 70 mph to 110 mph in 24 hours, which is the fastest intensification for an October storm since Hurricane Wilma in 2005, Phil Klotzbach, lead author of the Colorado State University seasonal forecast, said in a Tweet.

Cancun and the nearby island of Cozumel are poised to “get hit hard,” said Chuck Watson, a disaster modeler with Enki Research. Delta could cause $12 billion to $16 billion in damage and losses to Mexico and another $2 billion to the U.S. coast later this week, depending on its exact path, he said.

Mexico has started to evacuate the hotel zone in Cancun and the island of Holbox as the Yucatan readies for the impact of Delta, Quintana Roo Governor Carlos Joaquin said in a tweet. Meanwhile, President Andres Manuel Lopez Obrador said Tuesday he’s sending 5,000 members of Mexico’s armed forces to the Yucatan for prevention efforts.

Hurricane Wilma forced 70,000 people to flee and left 300,000 homeless after it struck the Yucatan in October 2005, according to the U.S. National Centers for Environmental Information. The storm came ashore with winds of 130 mph near Playa del Carmen on Oct. 22.

Oil and gas producers including Enbridge Inc., BHP Group and Royal Dutch Shell Plc were evacuating or preparing to evacuate workers from Gulf platforms ahead of Delta. Operators had shut about 29% of crude production and 8.6% of gas output, the Bureau of Safety and Environmental Enforcement said.

After Delta loses power over the Yucatan, it’s expected to return briefly to Category 4 strength in the Gulf as it moves toward Louisiana, which was struck by Hurricane Laura in August. Cool water and wind shear in the northern Gulf could weaken Delta, but it will likely make landfall again as a hurricane, said Rob Miller, a meteorologist with AccuWeather Inc.

“There is an increasing likelihood of life-threatening storm surge and dangerous hurricane-force winds, especially along the coasts of Louisiana and Mississippi, beginning on Friday,” the hurricane center’s Brown said in an advisory.

New Orleans urged residents to “gather food, water & medication for at least three days” in a text via its emergency alert system on Tuesday.

Miller said he expects the storm to strike somewhere west of New Orleans, but storm surge, heavy rains and winds could reach as far east as the Florida Panhandle.

“This region of the county is the magnet for hurricanes this year,” Miller said.

The Atlantic has spawned 25 storms this year, the second most on record after 2005, when deadly Hurricane Katrina inundated New Orleans.