How Will Russia's Oil and Gas Industry Fare in 2023? 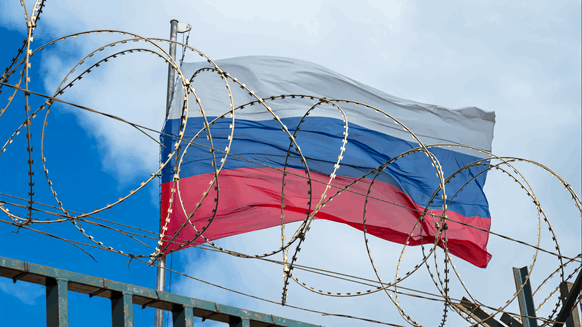 Analysts at Kayrros, Wood Mackenzie, RANE and Energy Aspects have their say.

Russia’s oil production and exports have shown remarkable resilience in 2022, but 2023 may be a different story, according to Antoine Halff, the co-founder and chief analyst at Kayrros.

“In 2022, Russia’s oil production and exports initially declined in the immediate aftermath of the invasion, as European buyers, Russia’s main customers, reacted by turning away from seaborne Russian barrels,” Halff told Rigzone.

“Russia was quickly able to redirect crude buyers to Asia, however. Exports were quick to recover and Russian production in November is estimated to have actually exceeded year earlier levels,” Halff added.

“As in early March, there was an increase in crude oil on the water and in the number of tankers without a given destination, suggesting sellers of Russian crude were having a hard time finding buyers. But things quickly adjusted,” Halff said.

“On both occasions, Chinese and Indian buyers stepped to the plate and dramatically increased their purchases of Russian crude. Satellite data made it immediately clear last year that expectations of large Russian supply losses (estimated by many analysts in the three to four million barrel per day range) would not occur - global crude oil inventories increased, rather than decreased, indicative of excess supply and not deficit,” Halff added.

It’s unclear how much more crude these two countries can absorb, however, Halff warned.

“Furthermore, in early February, the EU will implement a ban on Russian product imports. Europe is the main buyers of Russian refined products,” Halff said.

“This will be much more difficult to manage for Russia, as China and India will not have the same appetite for Russian products as they have for Russian crude. Both countries have plenty of excess refining capacity and no interest in importing products,” he added.

“Russia might find an outlet for its diesel exports in Africa but finding an outlet for naphtha will be even more problematic. If Russia fails to find product buyers, it will have to reduce runs or even shutdown refineries and reduce crude production normally processed at domestic plants. Altogether, this could lead to substantial declines in Russian crude production, perhaps up to one million barrels per day,” Halff went on to state.

Contrary to oil, Russia has not been able to redirect gas exports that have been diverted from Europe, Halff highlighted.

“There is no way China can quickly build the infrastructure required to shift these volumes to Asia or other markets. Gas production will be severely down in 2023 versus 2022,” Halff said.

“The revenue loss is less significant for Russia than that from oil, however,” Halff added.

When asked how Russia’s oil and gas industry will fare this year, Michael Moynihan, the Director of Russia Upstream Oil & Gas at Wood Mackenzie, told Rigzone that Russia’s upstream supply volumes will be determined by demand from a narrower set of markets and the prices it can achieve there.

“Crude oil and condensate production will fall by almost 10 percent to 9.6 million barrels per day. This decline will be driven by the EU waterborne crude oil and oil products embargos, which take effect in late 2022/early 2023 respectively,” Moynihan told Rigzone.

“Russia will want to continue to redirect supply towards China and India, who have snapped up discounted crude in larger volumes since the invasion of Ukraine. Flows of Russian oil to these nations could rise steadily in 2023, provided that Urals price discounts remain large enough,” he added.

Gas supply will fall below 600 billion cubic meters, according to Moynihan, who said domestic gas demand will remain resilient, but piped supply to Europe will fall by 52 bcm year on year.

“We may see production shut-ins proliferate at Gazprom’s Nadym-Pur-Taz and Yamal fields and a slowing of the Kharasaveiskoye development in response,” he said.

“Increasing flows to China will remain at the top of the agenda for Gazprom. Throughput via Power of Siberia will ramp up by around 40 percent to 25 bcm,” he added.

Moynihan also outlined that there will be no major project start-ups after Lukoil’s Grayfer field in Russia’s Caspian Sea in the first half of the year.

“Upstream operators will aim to prove that they can cope with the loss of IOC expertise at projects like Sakhalin-1 and Sakhalin-2. Indeed, production at Sakhalin-1 should increase steadily after a torrid 2022,” he added.

According to Matthew Bey, a Senior Global analyst with RANE, Russia’s oil and gas industry “will continue to face volatile prospects in 2023”.

“Although it remains uncertain how much Russian oil will struggle to find a market beyond Turkey, China and India due to the G-7 price cap, the Kremlin will have to accept significant discounts for its crude in order to continue finding customers, even if those customers are not necessarily abiding by the G-7 cap,” Bey told Rigzone.

“If Brent rises substantially, Russia may have an incentive to cut production because the spread between the discount for most Russian oil and the price cap will rise accordingly and give Russia the ability to retaliate against Western government leaders with production cuts that would only spur higher prices,” he added.

“This, however, is only likely if Western economies recover quickly from the ongoing economic slowdown and central bank tightening policies,” Bey continued.

Asked how Russia’s oil and gas industry will fare in 2023, an Energy Aspects analyst told Rigzone that the oil market has undergone some structural shifts in trade flows, pricing, market segmentation and transparency “which will play out over the course of this year”.

“The first test will be visible by the end of Q1 2023 after the impacts from the embargo on oil product flows start to unfold,” the analyst added.