How Will Oil's Freefall End? 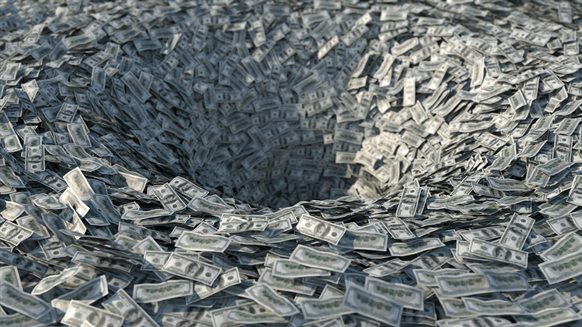 Oil's record losing streak has plunged prices into a bear market and is reverberating around the globe.

(Bloomberg) -- Oil’s record losing streak has plunged prices into a bear market and is reverberating around the globe, with the mayhem rattling everyone from bond traders to political leaders and fund managers.

As they seek answers for what’s in store for prices, they may do well to watch these potential flashpoints for clues on crude’s future.

The U.S. decision to grant waivers that will allow importers of Iranian oil to keep buying in spite of sanctions confounded expectations of a looming supply crunch, helping trigger crude’s collapse.

While OPEC and its allies including Russia had been pumping more in anticipation of Iran’s exports falling to zero, de facto group leader Saudi Arabia now says the producers should reverse about half the output increases they made earlier this year.

President Donald Trump has tweeted that they shouldn’t cut production, setting up a standoff between the U.S. administration and OPEC before it meets in Vienna on Dec. 6. Will the Saudis still push for cuts and will its allies fall in line? Or will the risk of Trump’s ire persuade them to desist?

Investors should also keep an eye on shale fields in the U.S., where drillers have continued to increase the number of drilling rigs. Companies usually set capital spending plans months in advance, and production comes online months after drilling begins, so the gain in America’s output -- already at record levels -- may continue to have tailwinds for the near future.

The dollar rose this week to the strongest level in 18 months against a basket of foreign currencies. Since oil is traded worldwide in the U.S. currency, it’s made petroleum pricier for emerging economies to buy in local denominations. While global benchmark Brent crude priced in the greenback is now down on the year, it’s still up 11 percent in Indian rupees and 14 percent in Brazilian reals. That’s weighing on demand in what are typically strong growth markets for oil consumption.

The dollar could get even more support next month if the U.S. Federal Reserve raises interest rates to cool an economy with the lowest unemployment rate since the 1960s. The probability of a December hike is hovering around 75 percent, based on trading in federal funds futures, and most Fed officials have said they support further gradual rate increases.

In a worrying sign for demand, profits from processing crude into fuel for cars have plunged to their lowest level in at least three years, following the end of the peak summer driving season. Poorer returns from making gasoline have weighed on lighter crudes like Brent that yield a higher proportion of such petroleum products, as the incentive for refining weakens.

To be sure, Asian refiners enjoyed healthy margins for diesel ahead of colder winter months and more industrial activity in China, which bought a record amount of crude last month and is boosting stimulus measures to cushion the impact of a trade with the U.S. That strength is showing up in Brent’s shrinking premium over heavier and more sulfurous Dubai oil, which is at the lowest in 15 months.

Some of the pressure on refiners is coming from weakness in the petrochemical sector, which accounts for 12 percent of global crude demand. Asian producers of ethylene, one of the key building blocks used to manufacture everything from plastic bags to toys, are being squeezed by new U.S. plants that use ethane, a by-product of shale gas, instead of oil-derived naphtha.

The petrochemical sector is also feeling the heat from the U.S.-China trade war. Utilization rates at factories in the Asian nation producing polyester are slowing amid uncertainty over further tariffs on American imports of Chinese textiles, according to Tracey Zhou, a senior consultant at Wood Mackenzie Ltd. in Shanghai.

Hedge funds have slashed their net-long positions on crude in New York to the lowest level since September 2017, extending a decline for nine straight weeks. Bullish bets for American barrels have fallen more than 65 percent since January when they reached a record high, as fears of a domestic supply glut and higher stockpiles spooked money managers. A reversal could be a sign of broader investor confidence re-emerging in crude.

ICE Brent crude in London settled below its lower Bollinger Band this week after breaching a key 50 percent Fibonacci retracement support level in early November. The 14-day Relative Strength Index, meanwhile, stood at its lowest level in more than three years as the global marker sank deeper into “oversold” territory.

A sudden u-turn in prices, however, isn’t expected to be around the corner based on an analysis of Bollinger bandwidths. The gap currently stands at its widest in almost two years -- backed by high levels of price turbulence in the past weeks -- indicating the likelihood of lower volatility in coming sessions.

Michael Boock  |  November 18, 2018
With a country like South Africa that has to trade in dollars and our currency the Rand R13 to one dollar this is magic news. Merry Christmas all
Randy Peterson  |  November 17, 2018
The US is very close to becoming a net oil exporter. Probably is if you add LNG to the Crude and Refinery products. High oil prices, of course, also mean higher gasoline prices. That's not bad if the $ don't even leave the country. Just look at the BILLIONS that this will add to the US trade deficit.
Neil Gipson  |  November 16, 2018
Well, until the world stops listening to the socialist IEA, that is hell bent on socialist globalization of the oil and gas industries, there is no bottom!