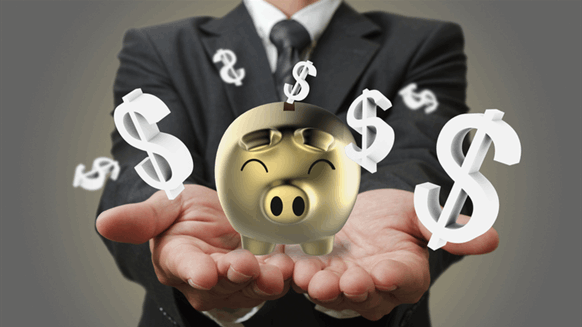 Oil companies need to stop distributing quarterly dividends, and energy investors need to break their addiction to those payouts.

(Bloomberg) -- Oil companies need to stop distributing quarterly dividends, and energy investors need to break their addiction to those payouts.

That’s the message from Justin Anderson at Mawer Investment Management Ltd., which oversees about C$45 billion ($35 billion) of assets. Instead, producers should pay hefty special dividends when crude prices are high and costs for services and equipment are low, according to a model the equity analyst has been pitching to CEOs in the oil patch.

His argument is that regular dividends imperil producers when oil prices are low and undercut returns for investors when times are better.

“What this boils down to is syncing your cash flow distribution with the cash flow generation of your assets,” Anderson said in advance of a presentation on the idea to the CFA Society’s Annual Oil & Gas Forecast Breakfast in Calgary on Thursday.

Mawer has returned 83 percent to investors in its Canadian Equity Fund over the past five years, compared with 54 percent for the S&P/TSX index in Toronto.

His recipe also prescribes the right time to commit to capital spending on growth: when costs are low, regardless of where oil prices are, to make sure producers are getting the most bang for their buck. Oil companies currently have a propensity to spend on growth when prices are high, regardless of how much they have to pay for services like electricians and drilling rigs, because investors are willing to give them capital then, he said.

“By having a special dividend, the idea would be that when times are good, there would be an understanding that you’re going to pay it out to investors, and that’s going to take it off the balance sheet and limit your ability to reach into your pocket and spend it on growth,” he said.

Adopting this model would materially reduce oil producers’ cost of capital and reduce the risk premium that investors price into the stock during times of low prices, he said.

While Anderson said he’s “very passionate” about the new dividend model, he isn’t optimistic that the idea will catch on immediately. He has mentioned it in meetings with CEOs, and they generally respond that their investors probably would object to such a change. Anderson, 37, said his buy-side colleagues seem more open to the idea, and he thinks that the change could make energy producers more palatable to investors that normally wouldn’t be attracted to them.

“This industry has a real problem with the perception -- and I would argue the reality -- of being very bad at capital allocation and basically wasting shareholder capital,” Anderson said.

Alan  |  November 10, 2017
Maybe they should consider their assets, the workers, work on rectifying the huge sacrifices personnel have had to endure over these trying times, are the workers not the biggest asset