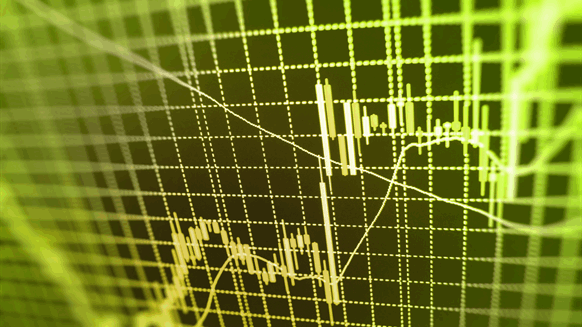 Hedge funds keep betting on an oil rally, even with prices stuck in neutral.

(Bloomberg) -- Hedge funds keep betting on an oil rally, even with prices stuck in neutral.

Investors pushed bullish wagers on West Texas Intermediate crude prices to their highest in a month and cut short-selling bets to the lowest since October, apparently convinced that dwindling global supplies will be more than enough to withstand a weaker economy.

Futures in New York ended the week up by a mere 0.5 percent, with disappointing reports on U.S. jobs, Chinese exports and global economic growth clouding the outlook for energy demand. But money managers appear to be focusing on the impact of OPEC output cuts, a pipeline explosion in Nigeria and U.S. sanctions on Iran and Venezuela.

“There probably is some expectation that something is going to force production to go lower somewhere," said Leo Mariani, a Keybanc Capital Markets Inc. analyst. That’s “fired up a little optimism in crude -- but I think we need to see some more follow-through."

Net-long WTI positions -- the difference between bullish and bearish bets -- climbed by 15 percent to 151,560 options and futures contracts for the week ended March 5, according to U.S. Commodity Futures Trading Commission data released Friday. It was the first time since late December that investors had access to up-to-date positioning data. The figures had been unavailable during the U.S. government shutdown and then delayed for weeks after it ended.

Long-only bets on an increase grew by 5 percent, the most since July. Wagers on a decline were cut by 13 percent.

The picture for Brent crude, the global benchmark, was more muddled, with money mangers edging back on both bullish and bearish positions. Long-only wagers fell by 1.5 percent while short-selling bets were cut by 3.2 percent, the ICE Futures Europe exchange said.

Oil prices surged about 25 percent through mid-February, but they’ve largely moved sideways since then. The markets may not find a direction until April, as it becomes clear whether the U.S. plans to revoke waivers allowing Iranian exports to be sold, Mariani said. OPEC is also due to meet that month to determine whether to extend its production curbs.

“Until we get a clear indication of how demand growth will play out, we won’t see more conviction on things going higher," McGillian said. “We’re all watching for the new shoe to drop here."