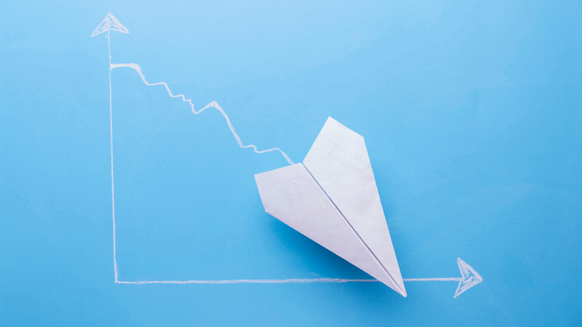 A plunge in fuel oil margins driven by impending environmental rules for shipping is beginning to take its toll on heavier grades of crude.

(Bloomberg) -- A plunge in fuel oil margins driven by impending environmental rules for shipping is beginning to take its toll on heavier grades of crude.

The value of sludgier varieties of oil, typically used to make dirty products such as fuel oil to power ships, is eroding before the standards that take effect in January. International Maritime Organization rules, known as IMO 2020, will mandate the use of cleaner alternatives like gasoil or very low-sulfur fuel oil.

IMO 2020 has spurred a plunge in profit margins from turning Dubai crude into fuel oil in Asia from a premium of $5.47 at the end of July to a discount of $10.16 on Aug. 14. That’s translating into waning demand for viscous oil, with Iraq selling an October-loading shipment of Basrah Heavy, a heavy-sour grade, on Wednesday at a premium of only a third of the last sale a week earlier.

“The plunge in fuel oil cracks has started to penetrate into the heavy crude market,” said Senthil Kumaran, a senior oil analyst at industry consultant FGE. “But there still seems to be a disconnect in terms of the extent of declines.”

The current market dynamics are in-line with market expectations ahead of IMO 2020. In June and July, however, high-sulfur fuel oil enjoyed a surprising surge in prices that stemmed from a temporary supply shortage due to upgrading works that led to a rise in output of lighter types of fuels.

While the spot differential for the heavy-sweet Van Gogh has also fallen, the Australian grade’s premium to London’s Dated Brent price remains supported due to its low sulfur content. That’s because it can be blended to make fuel that’s IMO 2020-compliant.

Santos Ltd. sold a cargo for October loading last week at a premium of between $8 and $8.30 a barrel over Dated Brent, lower than the company’s initial expectations for a premium of $13.70 or more.

Some West African grades loading in September and October have also been rising in relation to regional benchmarks due to healthy demand from Chinese buyers, say the traders. Angola’s Cabinda and Nemba tend to yield more gasoil when refined, lifting buying interest for the grades.

Chinese margins have been improving since early July, prompting independent refiners to ramp up their crude purchases for cargoes arriving in September and October, FGE said in a note. Demand for Angolan varieties has picked up as a result, leading to a spike in premiums, the industry consultant said.