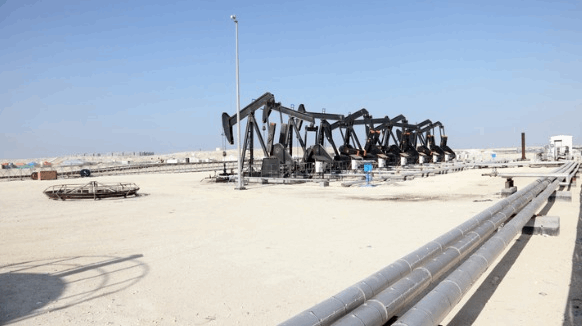 Middle East producers are banking on robust demand from Asia for its more sulfurous and dense crude.

(Bloomberg) -- Middle East producers are banking on robust demand from Asia for its more sulfurous and dense crude, boosting prices for the dirtier oil even as OPEC+ considers loosening cuts that would increase supply.

Iraq and the U.A.E. -- two of the biggest OPEC producers -- along with Qatar increased their official selling prices of so-called medium-sour varieties for August from a month earlier. Asia has some of the world’s most sophisticated refineries that are tailored to process this type of crude, which has become more popular than lighter grades that yield a lot more jet fuel and diesel.

Medium-sour crude has also faced a supply squeeze, with cuts from OPEC+ adding to curbed volumes from Venezuela and Iran. While there’s greater supply of less sulfurous grades, there’s also less demand for these distillates-rich varieties due to the crash in consumption, particularly for jet fuel.

“In a low demand and weaker margin environment, refiners will be especially value-driven on feedstock selection and less inclined to run lighter grades,” said John Driscoll, chief strategist at JTD Energy Services Pte in Singapore. “Higher sulfur crude from the Middle East would offer better value for Asian refineries that have the complexity and scale.”

Iraq set its August medium-sour Basrah Light at a $2.10 a barrel premium to the Oman-Dubai benchmark for Asia, the highest level in six months, while Abu Dhabi priced its Upper Zakum crude at a 20 cents a barrel premium to its Murban grade after being set at a parity in July. Qatar Marine was also priced at a small premium over the lighter Qatar Land for cargoes loading next month.

The spot market has already started to reflect the supply-demand dynamics. Iraq’s state-owned oil marketer SOMO sold Basrah Light at about 90 cents a barrel above the grade’s official selling price last month, while Abu Dhabi’s light-sour Murban traded as low as an 80 cents a barrel discount to its OSP.

Murban is a distillates-rich grade with American Petroleum Institute gravity of about 40 degrees and 0.7% sulfur that’s typically more popular when there’s higher industrial demand, whereas Basrah Light -- with API gravity of about 30 and 2.9% sulfur -- yields more residue that can be converted into valuable fuels such as gasoline via a cracking process in the plant’s secondary units.

Meanwhile, OPEC+’s Joint Ministerial Monitoring Committee will meet Wednesday to assess whether the 23-nation alliance should keep 9.6 million barrels a day of output off the market for another month, or restore some supplies as originally planned and taper the cutback to 7.7 million barrels a day.