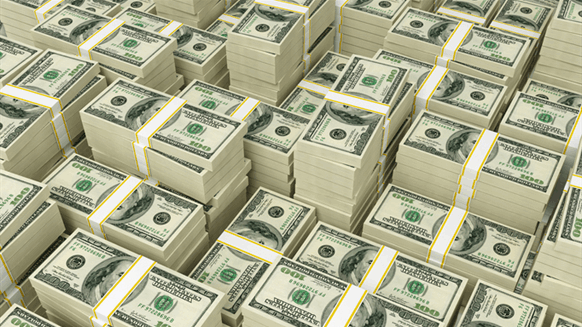 Hamm added $57.1 million of shares in Continental Resources Inc., where he’s executive chairman, according to a filing with the U.S. Securities & Exchange Commission. The 3.44 million shares he purchased bring his total of direct and indirect shares to 288 million, or about 79% of the company.

Hamm, 74, is a legend in the oil industry, having risen from the bottom of the business to a self-made billionaire, largely from being one of the first people to see the opportunity of horizontal drilling and hydraulic fracturing in the Bakken shale play in North Dakota and Montana. He famously wrote his ex-wife a check for almost $1 billion to settle their divorce in 2014, and stepped down as chief executive officer of the company in December.

He has remained one of shale’s biggest proponents during the market downturn that began more than a half-decade ago. His bullishness has not always been rewarded. In November 2014, Continental said it sold nearly all its hedges in a bet on rising prices just weeks before OPEC started pumping all out in a price war that eventually drove crude into the $20s.

To contact the reporter on this story:
Dan Murtaugh in Singapore at dmurtaugh@bloomberg.net

To contact the editors responsible for this story:
Ramsey Al-Rikabi at ralrikabi@bloomberg.net
Rob Verdonck