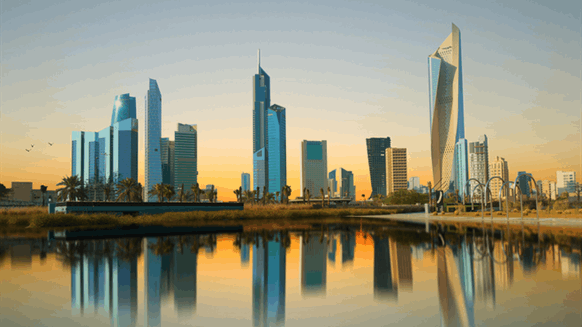 Halliburton and Kuwait Oil Co. sign a contract to explore for oil off the coast of Kuwait.

Development of the country’s offshore area will add an estimated 100,000 barrels to Kuwait’s daily production capacity, KOC Chief Executive Officer Emad Sultan said after signing the three-year agreement. Kuwait Oil will use two rigs in the first stage of the project to drill six exploratory wells, he said.

Kuwait is currently OPEC’s fourth-biggest producer, and can pump as much as 3 million barrels of oil a day from its wholly owned fields. The country is targeting a daily capacity of 4 million barrels by 2020.

To contact the reporter on this story:
Fiona MacDonald in Kuwait at fmacdonald4@bloomberg.net

To contact the editors responsible for this story:
Shaji Mathew at shajimathew@bloomberg.net
Amanda Jordan, Bruce Stanley