Greta Thunberg Sues Her Country For Failing On Climate 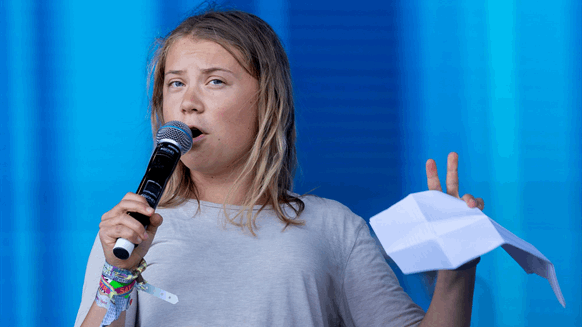 A group of children and young adults including Greta Thunberg have filed a lawsuit against Sweden for failing to take adequate measures to stop climate change.

A group of children and young adults including Greta Thunberg have filed a class action lawsuit against the Swedish state for failing to take adequate measures to stop climate change.

The lawsuit is part of an international wave of climate-related legal action, some of it targeting national governments.

It follows a high-profile case in the Netherlands, where the country’s highest court ruled in 2019 that the government had a legal obligation to take action to mitigate global warming.

The Swedish suit involves Thunberg, possibly the world’s best known climate activist, and more than 600 others who claim that Sweden’s climate policies violate its constitution as well as the European Convention on Human Rights.

“The Swedish state fails to meet the constitutional requirement to promote sustainable development leading to a good environment for present and future generations,” the group said in a statement.

In 2017, Sweden adopted a climate law that requires the government to work to reduce emissions of planet-warming gases toward a net-zero target set for 2045.

Cutting greenhouse gas emissions is key to meeting the 2015 Paris Agreement target of keeping global warming below 2C by the end of the century.

However, Russia’s invasion of Ukraine in February triggered a scramble for energy that’s set back efforts and this year’s UN-sponsored climate talks in Egypt failed to step up ambitions.

In an interview with Swedish daily Dagens Nyheter, Thunberg said she believes climate laws should be tightened.

“We don’t have laws that provide long-term protection from the consequences of climate and environmental crises, but we need to use the methods at our disposal and do everything we can,” she said.

The lawsuit, which has been in the works for two years, comes as the new Swedish government’s policies on climate change face intense scrutiny.

The cabinet, which assumed power following elections in September, has announced plans to scrap the environment ministry altogether. Its 2023 budget has been criticized for including measures that are set to increase emissions from the transport sector.

“The Swedish state has never treated the climate crisis as the crisis it is, and the new government has clearly signaled that it won’t do that either,” 20-year-old Anton Foley, who is formally the main plaintiff in the case, said in a statement.

The lawsuit, filed in Stockholm on Friday, urges the court to require that the government undertake its “fair share” of global measures to keep greenhouse gas emissions consistent with the Paris Agreements goals.