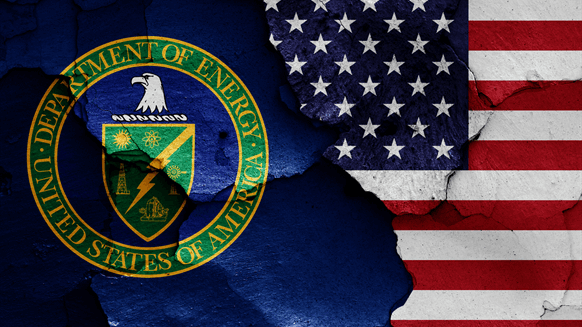 (Bloomberg) -- Jennifer Granholm used her first speech as U.S. Energy Secretary to warn oil and gas companies they risk being left behind unless they embrace a transition to cleaner sources of energy, while also offering them an opportunity to partner with the new administration.

“I’m not going to sugarcoat how hard transitions are,” Granholm said Wednesday during IHS Markit’s annual CERAWeek conference. “The bottom line is this particular growth of clean energy and reduction of carbon provides a huge opportunity and I’m extending a hand of partnership.”

Granholm’s remarks come as the Biden administration seeks to reassure hundreds of thousands of workers in oil, gas, and coal who feel imperiled by his fight against climate change, which includes a plan to rid the economy of carbon emissions by 2050. Biden has vowed not to leave any worker behind during this transition to a cleaner economy, but has been met with skepticism in the oil patch and elsewhere.

Granholm, who formerly served as the governor of Michigan, was confirmed last month to lead the Energy Department, an agency with a roughly $35 billion annual budget and a diverse mission that ranges from helping to build the nation’s arsenal of nuclear warheads to spending billions researching new energy technology.

Granholm has said she will draw on her experience revitalizing Michigan’s economy after the 2008 recession, and has vowed to focus on creating new jobs during the clean-energy transition. Some lawmakers representing fossil fuel-producing states have been critical.

“The Biden administration is telling these oil rig, coal mine, and well workers that they can simply get new jobs ‘building solar panels’,” Wyoming Republican Senator John Barrasso said last month. “Their livelihoods are being sacrificed in the name of the Biden agenda.”

In her remarks at the conference, which is being held virtually this year, Granholm said the Biden administration has created a new Office of Energy Jobs to help fossil fuel employees identify new opportunities. Among the examples Granholm cited was oil and gas workers using their drilling skills to tap into geothermal energy and sheet metal workers reinforcing pipelines to protect against methane leaks.

Granholm praised oil and gas companies that have already vowed to commit to net-zero carbon emissions by 2050.

“The market is raising its hand and saying we are heading in a direction you better come along or you are going to be left behind,” Granholm said. “Maybe we should listen to some of those signals and it’s an opportunity for those who work in these sectors to work with us to diversify into clean energy solutions.”

Brian -- Michigan  |  March 05, 2021
Granholm was a complete and utter failure for Michigan economy, I know I live in Michigan. This article praises her part in Michigan's recover after 208 recession. This is a pure lie, she left this state in the worst economic shape ever and she will do the same to Gas and Oil firms, jobs and services. Buckle up your to have a rough ride with this administration.
Douglas Murray  |  March 05, 2021
I agree with Bob. The climate is always in a state of flux and is cyclic over the centuries. The 1200-1300's were warmer than it is now. E.g. they were growing vineyards in N.Scotland
Bob  |  March 04, 2021
Before we turn off the oil and gas because of an unproven theory of global climate change we must use science to back up this theory. The temperature has been increasing since the mini ice age in the 1600s. The rise in CO2 is actually good for the world and does not change climate appreciably if at all. It is easy to say that global warming is real. ?????