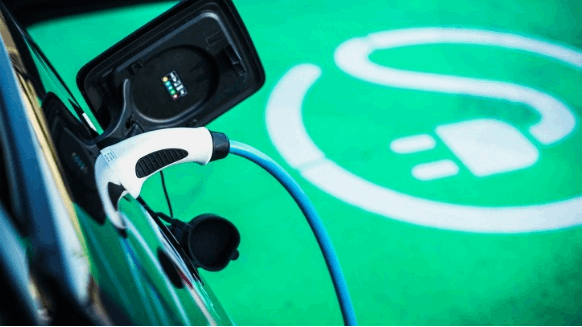 The two companies will jointly invest in 2,750 fast chargers in cities and suburbs across the U.S. as GM moves to solve a chicken-and-egg problem that comes with selling EVs: A sparse network of chargers has turned off some potential buyers, but utilities and charging companies have been loath to expand the infrastructure until more plug-ins are on the road.

“We know how important the charging ecosystem is for drivers, one that includes access to convenient and reliable public fast charging,” Mary Barra, GM’s chief executive officer, said in a statement. “Our relationship with EVgo will bolster the public fast-charging network available to EV customers ahead of increased market demand.”

GM has three new electric models coming out in the next two years, starting with the Cadillac Lyriq crossover SUV, which will be shown to the public next week. In 2021, GM plans to sell the Chevrolet Bolt EUV, which is a larger version of the existing Bolt compact, and a GMC Hummer pickup.

The automaker plans to spend $20 billion developing electric and autonomous vehicles over the next five years and has said it will have at least 20 EVs for sale globally by 2023.

EVgo Services LLC’s fast chargers can fully charge an electric-vehicle battery in about 30 minutes, according to the company’s website. That would allow drivers to charge their cars at least partially in the amount of time they might spend running an errand while parked.

The U.S. has 31,446 charging stations with more than 96,000 connections, according to the Department of Energy website. Of those stations, 4,750 are fast chargers with almost 17,000 outlets. By comparison, there are about 122,000 gasoline stations in the U.S., according to the National Association of Convenience Stories.

Research firm Guidehouse Insights forecasts that the U.S. network will have 66,000 fast-charging outlets by 2025.

To contact the reporter on this story:
David Welch in Southfield at dwelch12@bloomberg.net

To contact the editors responsible for this story:
Chester Dawson at cdawson54@bloomberg.net
Melinda Grenier