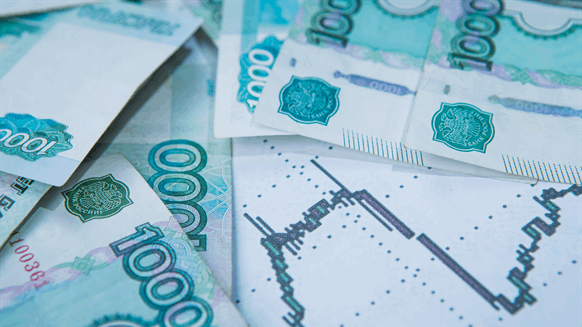 Russia's oil-dependent economy could be hit in 2018 by cuts.

MOSCOW, Feb 16 (Reuters) - Russia's oil-dependent economy could be hit in 2018 by cuts in crude production as part of the OPEC-led supply pact, with further economic pain after the mid-2020s, the central bank said on Friday.

The Organization of the Petroleum Exporting Countries, along with other large exporters including Russia, have agreed to maintain their restriction on crude supply for a second year to reduce stockpiles and support prices.

"We assume that the OPEC+ deal ... along with weaker demand for natural gas from abroad will temporary curb growth in (Russian oil and gas) production, which may have a negative impact on economic growth in general," it said.

More risks for the Russia's energy revenue could also arise from the global influx of electric vehicles in the 2020s, the central bank said.

Given improving fuel efficiency and growth in electric car market, it said that peak oil consumption is likely to be reached in the mid-2020s, leading to lower crude prices.