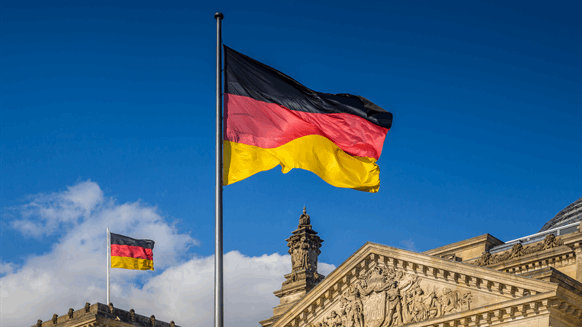 Germany will nationalize the former European trading and supply unit of Gazprom PJSC.

Germany will nationalize the former European trading and supply unit of Gazprom PJSC in another effort to contain the economic shock from Russia’s decision to squeeze its flow of natural gas to the continent.

The government will take a 100% stake in SEFE Securing Energy for Europe GmbH -- formerly known as Gazprom Germania -- and increase its loan to the company to €13.8 billion ($14.2 billion), the Economy Ministry said Monday. The step was necessary because SEFE’s over-indebtedness and the threat of imminent insolvency would “endanger the security of supply in Germany.”

This is the second rescue of an energy company within two months. The government in September said it would nationalize Uniper SE, the nation’s largest gas importer, after the utility accumulated more than €8 billion in gas-related losses when prices for alternative sources soared. It’s the largest bailout in German history.

The moves are part of a €200 billion package the government put together to help companies and households cope with rising energy prices. SEFE has been under German trusteeship since Gazprom cut off the unit in April.

The European Commission on Saturday approved €225.6 million of German aid to support SEFE and safeguard the security of the nation’s gas supplies.

According to its October earnings report, SEFE had an equity capital of €1.03 billion but net losses of €2.07 billion. The situation has not improved since then, according to the Ministry’s announcement in the Federal Gazette.

Overall, the government will inject equity capital of €7.7 billion into the company. This will be done via a debt for equity swap.

SEFE’s foreign affiliates -- especially SEFE M&T Singapore PTE. Ltd. and Gazprom Global LNG Ltd. in the UK -- have to bear significant losses as they have to fulfill long-term supply contracts with very low rates. The company has not consistently fulfilled its duties, which has already led to a diplomatic row with India.