Germany And India Get In Tussle Over Canceled LNG Cargoes 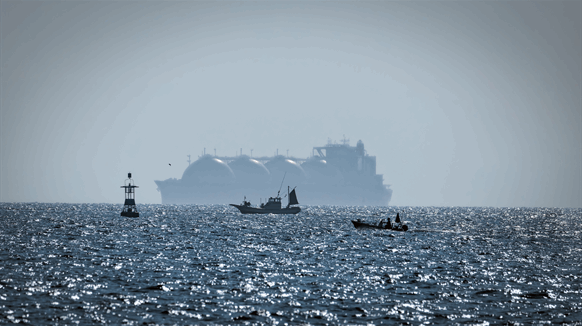 A commercial spat over natural gas has escalated to a diplomatic tussle between Berlin and New Delhi as Europe's energy crunch takes a growing toll on the developing world.

A commercial spat over natural gas has escalated to a diplomatic tussle between Berlin and New Delhi as Europe’s energy crunch takes a growing toll on the developing world.

Diplomats have been called in to try to resolve a disagreement over a cut in supplies of liquefied natural gas to India by a German-state-backed company, according to people familiar with the matter who asked not to be named because the matter is private.

Gas supplies from Germany’s Securing Energy for Europe GmbH to GAIL India Ltd. have been disrupted since May after Moscow’s sanctions on the group made it impossible to source cargoes from Russia. India is suggesting the company should source alternative supplies from its portfolio to meet contractual obligations, one of the people said.

The global surge in natural gas costs after Russia’s invasion of Ukraine has hit price-sensitive emerging countries hard. India is paying record amounts to replace canceled supply, that’s if it can find any. With prices soaring, some suppliers to South Asia have simply canceled long-scheduled deliveries in favor of better yields elsewhere.

SEFE’s Singaporean unit said in September it can’t fulfill its long-term LNG contract with GAIL. SEFE, a former Gazprom PJSC business now under control of the German government, is paying a small penalty fee of 20% the value of the contractual shipment, a fraction of the value of current spot gas prices in Europe, leaving a big gap for GAIL to cover to get replacement supplies.

“As a result of Russian sanctions against SEFE and its subsidiaries, including SM&T and SM&T Singapore, both the SEFE group and GAIL are affected by the subsequent cessation of supplies,” a SEFE spokesperson said. “SEFE and GAIL are addressing this issue together under their contractual agreements.”

Finding a diplomatic solution is the aim but pre-arbitration talks are also taking place between SEFE and GAIL, the people said.

SEFE has canceled 17 cargoes since May, Rakesh Kumar Jain, GAIL’s director for finance, said on an earning call on Friday.

GAIL has a contract to receive 2.5 million tons of LNG a year until 2041 signed with the previously named GM&T, according to data from the LNG importers group GIIGNL.