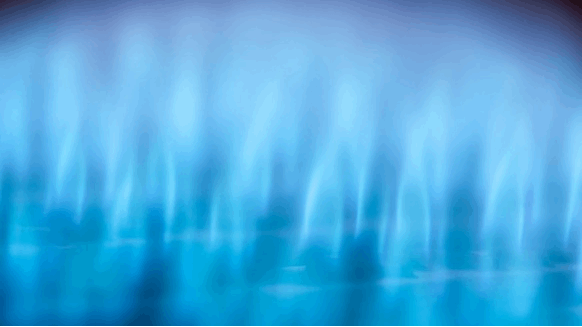 The world's natural gas traders are hoping for a brutal winter to help sustain a price rally back from a record-setting slump.

(Bloomberg) -- The world’s natural gas traders are hoping for a brutal winter to help sustain a price rally back from a record-setting slump.

Fresh in their minds are memories of the previous two winters, when milder temperatures curbed consumption, leaving inventories brimming and spot prices reeling. Suppliers and traders fear recent gains, which are expected for this time of year, could be erased if colder weather doesn’t materialize to help solidify demand.

Benchmarks for liquefied natural gas in North Asia and Europe have only recently returned to pre-pandemic levels after trading near historic lows for most of the year. The rally has been supported by unplanned outages and canceled deliveries, coupled with a tepid increase in spot buying as some of the biggest economies recovered from lockdowns.

“There is a lot of uncertainty about this winter, with the risk of a serious second wave of coronavirus, and temperatures still being the most sensible variable for gas demand,” said Julien Hoarau, gas market analyst at Engie EnergyScan. “Many of the bullish drivers we are seeing now are expected to vanish in the next months.”

For now, the winter outlook for North Asia, home of the world’s top buyers, is looking colder than previous years.

Below-normal temperatures are forecast for Northern China, even though milder weather is expected for most of the country’s other regions, according to Bradley Harvey, the lead meteorologist at Maxar. Near-normal temperatures are expected for the Korean Peninsula and Japan, which would be an improvement over last year’s unusually warm winter, he said.

Areas that were warmer last year have a better chance of being colder due to this year’s La Nina event, when the surface temperatures in parts of the Pacific Ocean become cooler than usual, according to Todd Crawford, who oversees the seasonal forecasts at the Weather Company.

Front-month futures for the Japan-Korea Marker, the benchmark for LNG prices in North Asia, have jumped 68% since early August, closing at $4.310 per million British thermal units on Thursday. The Dutch Title Transfer Facility is up 55% over the same period to about $3.644 per million Btu.

The benchmarks are trading at the highest in eight months amid outages from Australia to Norway, and as buyers jumped in to secure cargoes before prices rose too much. Even hard-hit India has found a sizable home for LNG due to weak domestic gas production, according to Robert Sims, an analyst at Wood Mackenzie Ltd.

“LNG spot prices in North Asia have increased due to concerns about lower supply,” said Jenny Yang, an analyst at IHS Markit. “This triggered a market sentiment that winter season was upon us, prompting many buyers to start stocking early for winter supply.”

Royal Dutch Shell Plc, the world’s largest LNG trader, is cautious. Maarten Wetselaar, director of integrated gas and new energies at Shell, said during an online conference this week that it’s too early to get bullish even after the recent rally. Government stimulus will run out and the economic recovery will be dependent on the progress of the Covid-19 vaccine, he said, noting that he isn’t a “near-term bull.”

China’s two largest LNG importers -- PetroChina Co. and China National Offshore Oil Corp. -- have largely finished buying for the winter and are still struggling with high inventories. The same goes for neighbors Japan and South Korea, which are entering the winter season with higher-than-normal supplies. But a frigid winter would boost consumption and force them into procuring more from the spot market.

And while injections into European storage caverns have eased over the last month and finally dipped below 2019 levels, they’re still sitting well above the seasonal normal. Dutch and British gas prices could reverse gains if colder weather doesn’t materialize and help drain those stockpiles, especially as higher wind generation will likely limit the need for gas-fired power.

“Inventories remain high, so the only thing outside of more supply events is weather,” James Whistler, the global head of energy derivatives at Simpson Spence Young, said by email. “A cold winter would help clear the backlog and set us up for a spring pandemic recovery pattern.”

Meanwhile, ongoing issues at Chevron Corp’s Gorgon LNG in Australia and Cameron LNG on the U.S. Gulf Coast, as well as lower nuclear output in France, may continue well into the winter months and keep the market tight.

A supply-driven rally is a double-edged sword. As benchmarks increase, producers may be encouraged to boost output that they curbed over the summer, such as pipeline gas to Europe from Algeria and Russia or LNG from Egypt and Malaysia.

Some of the biggest output cuts this summer came from the U.S. after buyers canceled scheduled shipments when low prices shut arbitrage opportunities. But cancellations have been greatly reduced going into the winter, which may result in a flood of American shipments to Europe and Asia.

“A lot of the support to prices right now is due to supply-side issues,” Jeffrey Moore, a Singapore-based analyst at S&P Global Platts, said by email. “This recent rally could easily fade before heading into the winter as storage inventories fill up and seasonal demand declines.”