Gadfly: What I Learned by Getting Locked Out at CERAWeek 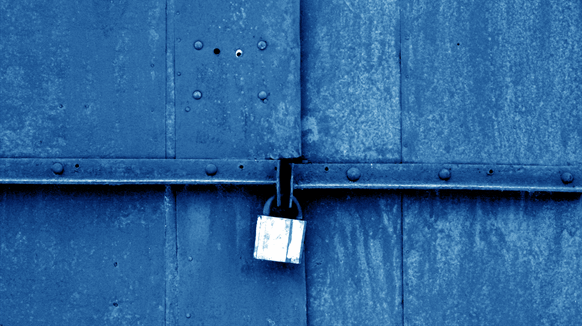 I may have a missed a few interesting sessions this week, but the guys from Vienna appear to be missing the point entirely.

(Bloomberg Gadfly) -- Let me tell you about some possibly great presentations I didn’t get to see this week.

Truly, they sounded awesome for anyone interested in energy. One was on cloud computing revolutionizing the oil and gas industry, featuring heavy hitters from Alphabet Inc. and Schlumberger Ltd. Another, hosting the chief digital officer of a national oil company (not a phrase I'm used to typing) was about digitalization transforming this most mature of industries.

Fascinating stuff (probably) that I didn’t get to watch. The presentations were full, you see.

One of the more notable things at this year's CERAWeek — an energy conference in Houston organized by IHS Markit — was the popularity of the technology sessions. Last year, getting a seat at them was easy. This time, it often paid to get there early just to nab a standing spot.

Two lessons from this most anecdotal of evidence. First, I need to run faster at conferences. Second, the walls seem to be closing in on OPEC.

One reason those sessions were full is there were simply more bodies; I’m told CERAWeek attendance rose maybe 15 to 20 percent this year to its highest ever. IHS should send flowers to Vienna and maybe Moscow, too, because the supply cuts from OPEC and Russia have helped push oil above $60 a barrel (and ticket sales above 4,000).

Mohammad Barkindo, OPEC's secretary general, summed this up on day one of CERAWeek, when he noted from the stage that the food just served to attendees was richer than last year (which goes to show there is such a thing as a free lunch, or at least one paid for by OPEC). He also said OPEC had "almost surpassed" -- met? -- its own expectations on cuts. This was no doubt supposed to project confidence; one important member of the group has an upcoming IPO, after all.

Maybe it was the acoustics in the ballroom, but to me it sounded more like delusion.

A year ago, I wrote about Barkindo's frustration with the competitive chaos of the North American tight-oil boom. Even then, the less-crowded tech sessions signaled the threat posed to OPEC's control by a swarm of rival oil producers enabled by a bigger swarm of technology firms.

Since then, oil is up roughly $10 a barrel, or 18 percent. Meanwhile, the U.S. oil-rig count has jumped about 30 percent and domestic production is set to hit a new record in 2018. Earlier this week, the International Energy Agency forecast that extra supply from non-OPEC countries, especially the U.S., would be enough to cover the world's extra demand expected through the end of 2020.

If that pans out, then OPEC is in deep trouble. Supply cuts to date owe much to the catastrophe engulfing founding member Venezuela and the co-operation of Russia. We are now 14 months or so into the process and oil prices are up but still less than what most members of OPEC need. Now, they face another three years of trying to hold the line.

It should be obvious by now that every year of extra supply cuts keeping oil prices artificially elevated allows rival producers to take market share -- and, more importantly, refine their methods and adopt new technologies.