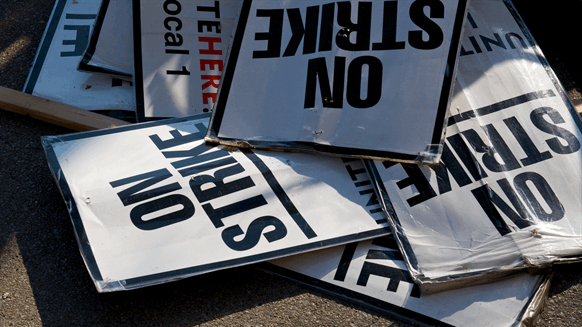 LIBREVILLE, July 9 (Reuters) - Gabon oil workers' union ONEP began a 15-day strike at the facilities of French oil producer Total on Monday after demands for higher pay and other issues were not met, the union said in a statement.

ONEP threatened to strike last month, after Total Gabon failed to respond to demands made to the company in May. In addition to higher pay, the union requested new bonuses, increased opportunities for career advancement and a reduction in the number of foreign workers.

"The 15-day strike will affect all installations operated by Total Gabon's employees as of Monday July 9th," the ONEP statement said, including facilities in the capital Libreville and the oil hub of Port Gentil.

The decision to strike follows several failed discussions with Total representatives mediated by the Ministry of Employment, ONEP said.

Gabon produces about 200,000 barrels per day (bpd) of crude, according to the U.S. Energy Information Administration, but output from the OPEC member's mature fields has plummeted from a 1997 peak of 370,000 bpd.

A steep fall in oil prices in 2014 and 2015 choked much needed revenue and forced companies to layoff thousands of oil workers.

Total produces about 54,000 barrels of oil equivalent per day in Gabon.