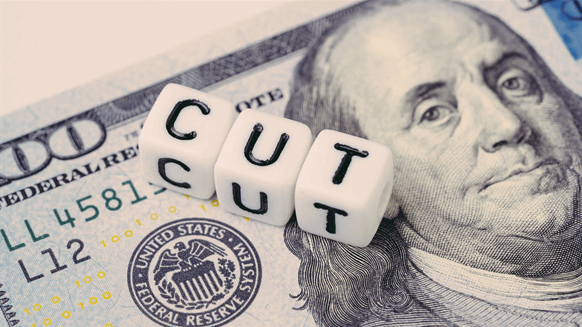 Lawmakers essentially opted to defer a fight over whether to pair the oil purchase with funding for clean energy.

(Bloomberg) -- Funding for President Donald Trump’s plan to fill up the nation’s emergency oil reserve to help struggling drillers cope with the price crash failed to make it into the latest stimulus legislation but could return in other forms.

Lawmakers eager to get the stimulus package to the president essentially opted to defer a fight over whether to pair the oil purchase with funding for clean energy. But the issue could arise as Congress takes up additional coronavirus-related legislation in coming weeks.

In a letter to caucus members, Senate Democratic Leader Chuck Schumer claimed victory after blocking a “bailout for big oil.” A previous Republican draft of the bill contained $3 billion to top up the Strategic Petroleum Reserve.

The omission marks a “small negative” for oil prices, especially sour grades which make up about three-quarters of available capacity, according to Benjamin Salisbury, a senior policy analyst at Height Capital Markets.

“We continue to expect the administration to find a way to add oil to the reserve, potentially through emergency authority, repurposing unspent funds, and/or another act of Congress,” he said.

Democrats sought to link the funding for the oil stockpile to a slew of clean energy tax credits, according to a Democratic aide familiar with the negotiations. However, supporters of the plan to refill the emergency reserves can count on other opportunities to find funding for the oil purchase.

The Energy Department can ask Congress to allow it to use money from other accounts to buy oil for the stockpile. Congressional appropriators routinely sign off on internal budget transfers requested by federal agencies, though there may be more opposition to a similar move meant to help fill the Strategic Petroleum Reserve.

Some advocates have cast the purchase as a smart investment strategy for the U.S. government, which has an obligation as a member of the International Energy Agency to maintain oil reserves. Buying crude on the cheap now for the reserve allows some of it to be sold later at a profit, they maintained.

To contact the editors responsible for this story:
David Marino at dmarino4@bloomberg.net;
Jon Morgan at jmorgan97@bloomberg.net