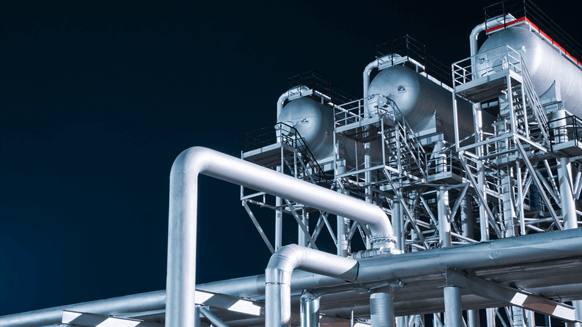 The French government may release additional strategic fuel stocks to ease shortages caused by a refinery strike that has drained gas stations in some regions.

Tanker trucks will also be allowed to make deliveries on Sundays in a bid to alleviate the tight market, Transport Minister Clement Beaune said in an interview on LCI television on Friday.

Asked whether stockpiles could be tapped further, Beaune said: “Yes, more could be done.”

The moves come as motorists across France have faced some shortages and long line-ups to fill their cars. The labor strife that has hit the country’s two biggest refineries -- plants in Normandy run by TotalEnergies SE and Exxon Mobil Corp. -- has affected almost two-thirds of the nation’s capacity.

Some 15% of filling outlets are having supply problems, especially around the Paris region and in northern France, Beaune said.

“Today there are talks between the companies and workers to unblock the situation,” he said, referring to labor negotiations. “We’re doing everything to ease the situation in the coming days, notably in the most difficult regions like northern France.”

The strike action that began last month is also being felt across Europe’s diesel market, where traders have paid huge premiums to get supplies as fast as possible.

While France is an important supplier, able to process more than 1 million barrels of crude a day into gasoline and other products, it’s also a significant importer of diesel, which fuels a large part of the country’s cars.

Unions are demanding a greater share of the exceptional profits made by oil companies in recent quarters as workers wrestle with a cost-of-living crisis.

France’s gasoline and diesel supply problems are also made worse by drivers’ rush to fill up their tanks at stations offering fuel rebates after the government called on businesses to take steps to support consumer spending power.