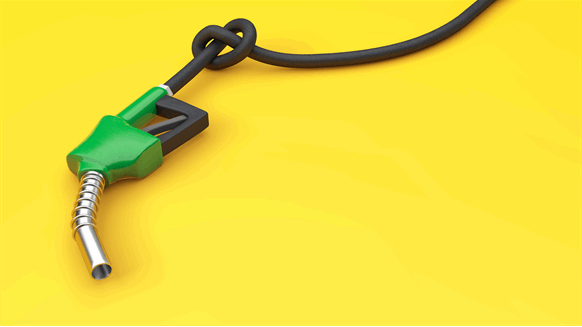 French motorists faced long lines at service stations as a government threat to break blockades at some of the country’s biggest fuel depots did little to end weeks-long strikes over pay.

In an effort to end the deadlock, French energy giant TotalEnergies SE said it would start wage talks on Wednesday with labor unions that are willing to hold discussions. The CGT union, which is spearheading the strikes, will be invited to the bargaining table if they lift blockades by noon, the company said.

“We won’t negotiate salaries at TotalEnergies without the CGT,” Geoffrey Caillon, a CFDT union coordinator at the oil company responded on Wednesday on France Info radio. “That would be a failure of democracy.”

Caillon pointed out that the CFDT was one of the unions that reached a wage deal with Exxon Mobil Corp.‘s French unit in recent days.

With talks between managements and some unions not going far enough, the strikes have left almost a third of the gas stations across the country with supply shortfalls. Prime Minister Elisabeth Borne said on Tuesday that her government had begun the process of putting employees back to work at depots operated by Exxon, after the company reached a pay deal.

“A disagreement on wages doesn’t justify a blockade of the country,” Borne said in France’s parliament. “Proposals put on the table by the company’s management are significant. Therefore, I’ve asked the prefect to begin, as allowed by law, the procedure to requisition the personnel that are indispensable.”

The move follows days of lengthy lines of vehicles at gas stations that have put pressure on the government of President Emmanuel Macron to act.

But with some labor unions, especially the CGT, not on board, the conflict is far from over. Workers at the TotalEnergies’s refinery in Donges, Western France, will start to strike from Wednesday, joining their colleagues from the Normandy refinery in the walkouts, the CGT said.

The CGT called the government move to lift blockades“illegal” and said it was suspending participation in any meetings with the government or companies.

For ordinary French people, the crisis has hit hard, coming on top of higher prices for food and other staples.

The federation of small and mid-sized companies, CPME, has called on the government to be more forceful, saying requisitioning of key personnel could be done in the name of “ensuring public service.”

The demand from refinery unions for wage increases comes as oil companies report record profits from higher prices after Russia’s invasion of Ukraine.

Borne said on Monday that she expected the situation to improve by the end of the week, after her government opened depots over the weekend, tapped strategic fuel reserves, and increased imports. But delivery bottlenecks have kept some of those supplies from reaching service stations.

--With assistance from Tara Patel.