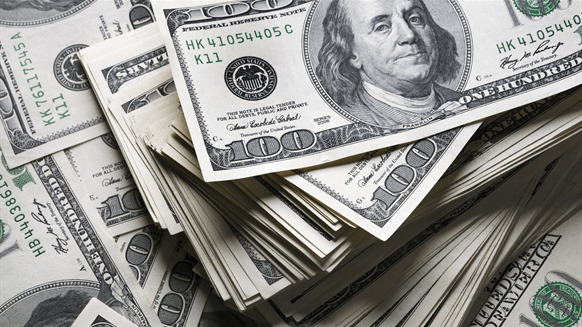 Soaring oil prices are padding the fortunes of U.S. shale and gas tycoons.

Soaring oil prices are padding the fortunes of U.S. shale and gas tycoons, even vaulting one into the ranks of the world’s 500 richest people for the first time.

American oil and gas industrialists on the Bloomberg Billionaires Index now have a collective net worth of $239 billion, a jump of nearly 10% since Russia invaded Ukraine on Feb. 24. The growth is being fueled by near-record high energy prices as sanctions by the U.S. and Europe threaten to choke off Russian exports.

Brent crude prices have spiked as much as 32% since the invasion began and were at about $106 a barrel on Friday. That’s caused markets in everything from airlines stocks to tech shares to gyrate, but it’s been a boon to many companies that make money producing, selling or transporting fossil fuels.

Harold Hamm, 76, co-founder of shale giant Continental Resources Inc., has moved up 28 places on Bloomberg’s wealth index to 93rd and now controls an $18.6 billion fortune. Richard Kinder’s net worth has grown to $8.5 billion, thanks to his stake in pipeline and energy-storage firm Kinder Morgan Inc, while rising demand for liquefied natural gas has helped Freeport LNG founder Michael S. Smith crack the 500 wealthiest list for the first time.

Even before the Ukraine war, the U.S. oil and gas industry’s revenues had been growing rapidly as demand rebounded from pandemic lows. One segment of the hydrocarbon industry that’s reaping more profits is private companies.

Previous oil booms in places like Texas and New Mexico have been fueled by publicly traded companies, as behemoths such as Exxon Mobil Corp. and Chevron Corp. consolidated their holdings in a rush to pump more product. That all changed with the pandemic. Public companies that once gorged on cheap debt have been forced to scale back by cautious shareholders, while private companies have seized the moment to boost production.

“On the private side, those pressures from shareholders aren’t nearly as acute,” said Andrew Dittmar, a director at energy-analytics and software firm Enverus. “It makes good economic sense for private firms to invest in growing production.”

It’s also helped boost the fortunes of private operators. Jeffery Hildebrand, 63, the founder and sole owner of Lafayette, Louisiana-based Hilcorp Energy, is now worth more than $12 billion, while Endeavor Energy Resources founder Autry Stephens, 84, has capitalized on his company’s vast holdings in the Permian Basin to expand his net worth to $5.2 billion.

One closely held company that’s done well is liquefied natural gas exporter Freeport LNG, which shipped its first commissioning cargo as recently as September 2019. The sale of a 25% stake in November to a Japanese energy company valued Freeport at an implied $9.7 billion.

That has propelled Michael Smith, who owns about 63% of the company, into 409th place on Bloomberg’s wealth list with a fortune of $6.2 billion.

Smith’s Houston-based company is poised to benefit if Europe -- which currently gets 40% of its natural gas from Russia -- turns to the U.S. to procure more supplies.

Even if that doesn’t happen, the increased demand would raise prices and help the company’s bottom line. Prices of LNG -- gas that’s been chilled into a liquid to make it easier to transport -- have surged.

“Michael Smith’s bet on the U.S. gas industry has paid off,” said Talon Custer, a Bloomberg Intelligence analyst. “And they have options to grow.”

Heather Browne, a spokeswoman for Freeport LNG, declined to comment on Smith’s net worth or the company’s plans.

Freeport LNG has faced delays in recent years expanding its export infrastructure because of difficulty obtaining government permits and low gas prices. But Russia’s invasion of Ukraine could speed up those plans as government and industry officials reassess their reluctance to ramp up production, Smith told Bloomberg News last week.

“Hopefully this will change the narrative,” he said.

--With assistance from Tom Maloney.