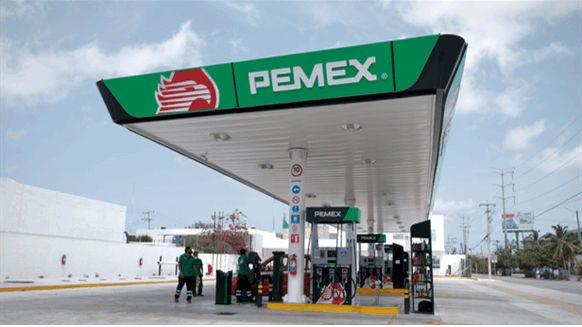 The former head of oil giant Petroleos Mexicanos said on Tuesday he will fight money laundering charges and cooperate with authorities.

(Bloomberg) -- Emilio Lozoya, the former head of oil giant Petroleos Mexicanos, said on Tuesday he will fight money laundering charges and cooperate with authorities after pleading not guilty in a corruption scandal that’s shaking up Mexico’s political landscape.

In his first public comments since being extradited from Spain, Lozoya told a federal judge via video link from a Mexico City hospital that he had been intimidated and used by unnamed people to commit alleged crimes related to a fertilizer plant deal, according to a summary of the proceedings that was provided by court press officials. He said that he would prove his innocence in the case and cooperate with government investigations, according to the briefing.

Lozoya’s testimony wasn’t made directly available by the Mexican court. The former executive has been staying at a hospital suite since his return to the country due to health issues.

Later Tuesday, the judge ordered Lozoya to be put on trial and to wear an electronic locater.

Prosecutors on Tuesday said the former executive and political operator, who was a confidant of Pena Nieto and ran the oil company known as Pemex from late 2012 to early 2016, had been linked to the purchase of a home in an upscale Mexico City neighborhood that used $3 million in illicit funds. The monies had been transfered to Lozoya’s sister by the then chairman of steel company Altos Hornos de Mexico, according to the officials.

Lozoya subsequently advocated before the Pemex board in favor of the purchase of a troubled fertilizer plant belonging to the steel company, prosecutors said. He and Altos Hornos’s former chairman had allegedly made a pact to inflate the price of the facility, they said. Lopez Obrador has said that Pemex overpaid at least $200 million for the plant.

Earlier this month, Lozoya was extradited to Mexico City from a Madrid prison. He was arrested by Spanish police in February after fleeing his country and hiding for almost a year.

The former executive was taken to a Mexico City hospital after suffering from anemia and fatigue, prosecutors said on Tuesday.