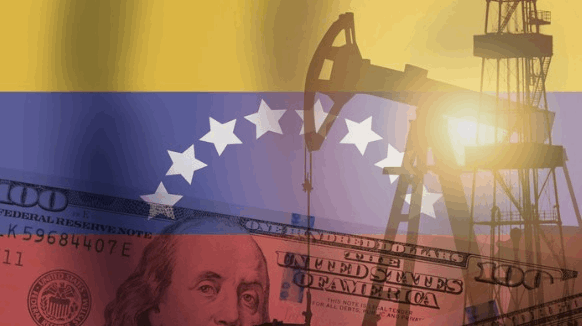 A unit of Lukoil had claimed the trader engaged in unauthorized purchases of Venezuelan crude.

(Bloomberg) -- An oil trader was awarded the final installments of a $5.3 million bonus that his former employer, Lukoil Pan Americas LLC, argued it didn’t have to pay because it was dissatisfied with his involvement in a Venezuelan crude transaction.

According to court documents filed last week in the U.S. District Court for the Southern District of New York, an arbitrator ruled Roberto Perez is owed the remaining $1.03 million. The Lukoil PJSC subsidiary claimed that the payment was not owed because Perez engaged in unauthorized purchases of Venezuelan crude that resulted in losses of over $20 million in 2018. Perez argued that the operations were authorized by management and passed compliance controls.

Oil trades are often shrouded in secrecy and traders and their employers typically settle disputes away from the spotlight to avoid exposing a transaction’s details. In 2017 and 2018, Perez earned a combined $5.25 million bonus for his performance, according to the documents. It was to be paid over several years ending in 2020. Perez resigned in 2018.

Lukoil argued Perez wasn’t owed the full bonus because he “poorly” handled the purchase of Venezuelan crude cargoes from a Rosneft Oil Co PJSC that were awarded in a tender in January 2018. A quality test determined that oil loaded on the vessel, Montreal Spirit, had higher-than-desired water content, which is referred to in the industry as being “off-spec.”

According to the court documents, Perez and a Rosneft representative agreed the oil was off-spec in a text exchange in February. After much back-and-forth among Perez and Lukoil trading supervisors and general counsel, Perez’s immediate supervisor instructed him to accept the cargo in exchange for a “significant discount,” according to the court documents. Perez submitted his notice of resignation the next month. Lukoil alleged in the suit Perez was a “bad leaver” and therefore forfeited the final installment of his bonus.

Perez and Lukoil didn’t immediately return a message seeking comment. The arbitrator, Theo Cheng, declined to comment. It is not apparent from the documents whether Lukoil intends to challenge the decision.

Perez began his career as a deck officer with Venezuela’s state oil company. He joined Royal Dutch Shell Plc in 1997 and moved to Chevron Corp. before joining Lukoil in 2013. He set up a system for buying crude oil, mostly Venezuelan, for payment in oil products -- known as “crude-for-product” swap -- which rendered gains of over $80 million for Lukoil, he said in the legal documents.

To contact the editors responsible for this story:
Jasmina Kelemen at jkelemen2@bloomberg.net
Mike Jeffers