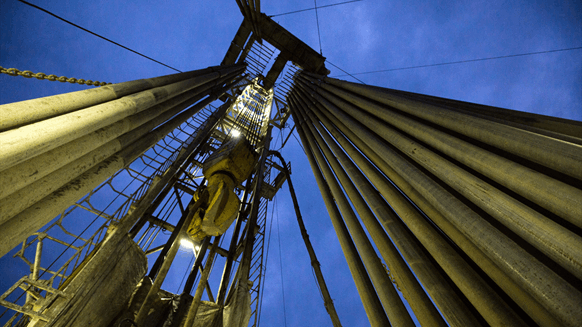 Oil exports from Sakhalin-1 are ramping up after Russia took control of the project in the nation's Far East from ExxonMobil.

Oil exports from Sakhalin-1 are ramping up after Russia took control of the project in the nation’s Far East from Exxon Mobil Corp., which had pledged to exit the country following the invasion of Ukraine.

Two tankers recently loaded Sokol crude from the De-Kastri terminal and both vessels have signaled Yeosu in South Korea as their destination, marking the first exports from the project in five months, according to data compiled by Bloomberg. Russia’s Rosneft PJSC had issued a tender that closed last week to sell six prompt cargoes, mostly for November loading, said traders.

Exxon had been winding down output at Sakhalin-1 since May after flagging its intention to exit the country, with Moscow terminating the company’s interests in the project and transferring it to a Russian operator. Sokol can be shipped to major refining hubs in China and South Korea in around three to five days.

Some Sokol cargoes offered by Rosneft were at a discounted price to the Dubai benchmark on a delivered basis to China, according to traders involved in the Asian market who asked not to be identified as the information is private. It’s unclear whether the deals were settled, they said.

Some smaller trading houses were also involved in marketing the cargoes, with buyers potentially fearing damage to their reputation or facing financing issues should they deal directly with the Russian oil company, said traders. Sokol shipments are most likely to flow to China and India, they added.

The European Union is set to implement new sanctions on Moscow from early December, which will prohibit European companies from providing insurance and other important services for Russian oil shipments. That’s led to Indian refiners pausing spot purchases as they assess the potential fallout.

Victor Konetsky and Vladimir Arsenyev signaled Yeosu after loading Sokol, according to ship-tracking data compiled by Bloomberg. Yuri Senkevich has been anchored off De-Kastri since April and is likely to be the next to load Sokol, while Pavel Chernysh is en route to the port, according to Vortexa Ltd.

All four vessels are shuttle tankers that are commonly used to transport cargoes of Sokol from De-Kastri to Yeosu for ship-to-ship transfers.

--With assistance from Sarah Chen, Debjit Chakraborty, and Julian Lee.