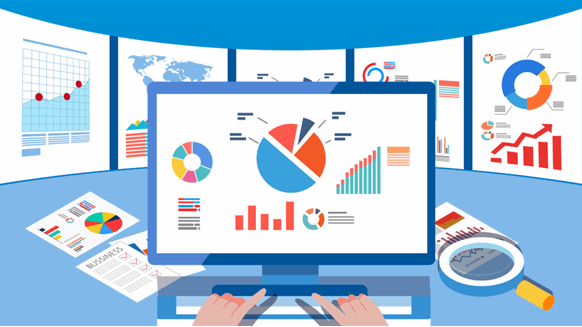 Prices may have stabilized around $40 a barrel after OPEC+ curbed supply. But the coronavirus is surging through Europe once again and the twin safety nets for majors in previous downturns -- refining and trading -- have come under severe pressure as consumers stay home.

“Refining margins are absolutely terrible,” Patrick Pouyanne, Total SE’s Chief Executive Officer, said earlier this month. The French major, along with a raft of other oil companies and refiners, have warned investors that slumping margins will be a drag on profits. For some like Exxon Mobil Corp., it might even push them into the red.

The third quarter will provide little respite to the supermajors, with three out of the five expected to post losses. Trading, which brought the European firms a torrent of cash last quarter, is unlikely to save the day this time.

Will there be any glimmers of hope for the end of the year? BP Plc kicks off earning seasons on Tuesday, followed by Italy’s Eni SpA on Wednesday. Royal Dutch Shell Plc will announce results on Oct. 29, while Total, Exxon and Chevron Corp. will do so on Oct. 30.

Here are five themes that delve into what the quarter might bring for Big Oil.

While oil prices have stabilized from the historic lows seen in the second quarter, travel restrictions, local lockdowns and a growing second wave of Covid-19 has put a lid on fuel consumption in many parts of Europe. The hit to demand has pushed a growing list of refiners to post negative margins -- meaning they lost money when turning crude into consumable refined products like gasoline -- in some cases, for the first time.

Earlier this month, Total reported a negative European refining margin of minus $2.70 a ton. Barclays analysts subsequently lowered earnings expectations for the company in the second quarter.

“The main source of difference to our expectations was in the downstream, where the reference refining margin fell below zero for the first time we can remember,” analyst Lydia Rainforth wrote in a research note.

Shell warned of “significantly lower” margins compared with the second quarter, while Exxon also flagged deteriorating performance at its global network of refineries. This will reduce earnings by as much as $600 million, likely causing a third consecutive quarterly loss, the company said in a filing earlier this month.

And it’s not just Big Oil. Smaller refiners are feeling the pinch. On the Iberian Peninsula, Repsol SA and Galp Energia say refining has become increasingly uneconomic. Further east, MOL Hungarian Oil & Gas Plc reduced its earnings projections for the full year after margins fell below zero from mid-May. Italy’s Saras SpA said it would run its Sarroch refinery in Sardinia at a minimum after refining margins “sharpened during the third quarter.” The plant, one of Europe’s largest, is geared toward the production of jet fuel and diesel, where the slump in profit per barrel has been most severe.

Virtually every aspect of Big Oil’s business, from the pump to upstream production, was pummeled in the second quarter, save one area: oil trading. A windfall from the division saved Shell, Total and Equinor ASA from posting losses. For BP, it was the one bright spot in an otherwise dismal period.

While majors don’t disclose how much money trading units bring in, executives acknowledged it had been an extraordinary quarter. Total’s Pouyanne said it made about $500 million more than usual. For Shell, it was “the best on record,” while for BP the unit delivered an “exceptionally strong result.”

Traders at the firms had benefited from wild volatility and in particular, so-called contango plays. The trade involves buying cheap crude, storing it and locking in a profit by selling it at a higher price in the future on the derivatives market. Contango and volatility have since eased, meaning the divisions are unlikely to replicate the success. Shell warned that the unit’s performance will be “below average” in the third quarter.

U.S. rivals rivals Exxon and Chevron for the most part steer clear of pure trading. Exxon did start a modest trading operation two years ago, but the supermajor’s division bucked the trend last quarter having experienced “unfavorable” derivative impacts in the division.

The first half of the year brought disappointing news to income seekers. Shell cut its dividend for the first time since World War II in April, while BP followed suit in August.

Before the cut, the companies were respectively the first and third biggest dividend payers on London’s FTSE 100 Index. While Total has managed to keep it’s payout untouched, European peers Eni SpA and Equinor ASA went for a cut.

Across the Atlantic, Chevron and Exxon have repeatedly told investors that keeping the dividend is a priority. Yet Exxon has failed to generate enough cash to pay for its dividend and capital spending for each of the last eight quarters, putting the quarterly payout, the third-highest in the S&P 500 Index, under severe pressure.

Executives have vowed to find additional cost savings to defend the payout, but investors are not convinced. The stock’s dividend yield is currently over 10%, indicating that a cut could be imminent.

Investors have been given plenty of warning that the brunt of Covid-19’s impact on liquefied natural gas trading is only hitting balance sheets now. The largest LNG producers typically sell under long-term contracts that are linked to oil prices. These usually have a lag of three to six months.

Shell, the world’s largest LNG trader, is expecting a “significant impact” on margins in the third quarter. About 80% of its term sales this year are linked to oil and have a price lag of as long as six months, it said in a trading update.

Chevron too is likely to be impacted by LNG pricing delays. The company, which has a large presence in Australia, sells most of its production through oil-linked long-term contracts.

Brent’s crash in April has now made long-term contracts cheaper than spot LNG deals, where prices surged in past weeks amid higher demand in Asia and supply issues at a number of plants.

In addition to price and demand issues, Chevron and Shell have been struggling with technical problems at their multibillion LNG facilities -- Gorgon and Prelude -- in Australia.

America’s shale patch entered full-blown merger mode this month with a series of multibillion dollar deals aimed at cutting costs and scaling up operations in a fragmented and beleaguered industry. What role the majors play in the shake up, if any, remains front and center of investors’ minds.

Chevron is the only integrated oil company to participate so far this year, with a $5 billion purchase of Noble Energy Inc. completed in early October, and it has the financial resources to strike again. Exxon is cash strapped, while investing in shale oil would jar with some European companies’ strategies of pivoting toward renewables. Still, opportunities abound with sellers agreeing to takeovers at modest premiums.

--With assistance from Javier Blas and Anna Shiryaevskaya.