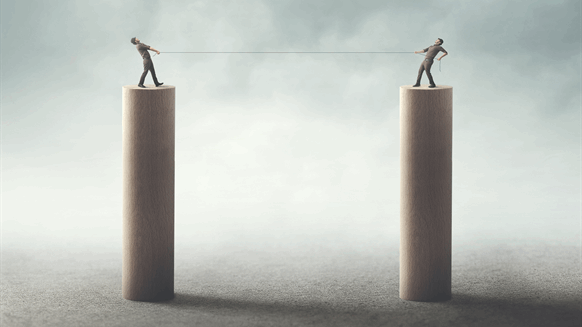 The conflict over Zama has ignited concerns in the oil sector that politics will override economic and technical data.

(Bloomberg) -- The sale of a stake in Mexico’s giant Zama oil field promised to help Premier Oil Plc pay down debts and strengthen its balance sheet, but an ownership conflict is complicating that process.

Some international oil companies operating in Mexico are waiting for Talos Energy Inc., the field’s primary shareholder, and state-owned Petroleos Mexicanos to resolve their dispute before considering bidding on Premier’s minority share in Zama, three oil executives with blocks in Mexico told Bloomberg News, requesting anonymity because the information is confidential.

Premier Chief Executive Officer Tony Durrant cautioned against a quick sale last month because the conversations were complicated. He had previously told Bloomberg that there was “serious interest” in the asset, which investment bank Jefferies Llc initially estimated at $439 million.

The price “will be affected by a continued uncertain investment environment in Mexico,” said John Padilla, managing director of IPD Latin America, in an interview in Mexico City. “There’s a lot of uncertainty right now. That always breeds selling and buying, but the question is at what price.”

The conflict over Zama has ignited concerns in the oil sector that politics will override economic and technical data, putting at risk the so-called unitization process for other fields awarded to private companies that may spill into Pemex areas. The consequences of such a decision are far-reaching and could extend beyond the energy sector, noted Padilla.

While Zama was first hailed as the biggest success of Mexico’s energy reforms, the 2017 discovery by Talos, Wintershall Dea GmbH’s local subsidiary Sierra Oil & Gas and Premier, has run into some hurdles. The deposit spread beyond the boundary of Talos’s block and into one owned by Pemex. Talos is holding discussions with Pemex to determine ownership of reserves that overlap the neighboring regions, but the talks have stalled amid a disagreement over who owns a majority of the shared reservoir and who will operate it.

“The Zama sales process is ongoing and the company remains in discussions with interested parties,” Premier said in an emailed statement in response to questions. The company announced in August that it was selling its minority interest in Zama.

Pemex didn’t immediately reply to a request for comment.

Industry members fear that under the more nationalistic government of Andres Manuel Lopez Obrador, Pemex could receive a bigger share of the pie. Lopez Obrador has dialed back the energy reforms of his predecessor, suspending oil auctions and tenders enabling companies to partner with Pemex.

Pemex has said that the majority of the field probably belongs to the state. Talos, meanwhile, contracted Netherland, Sewell & Associates Inc. to conduct a study which showed that 60% of the resources of Zama are located in block 7 - the area that Talos and its partners won in Mexico’s first competitive oil auction in 2015. The evaluation put Zama’s reserve estimate at 670 million barrels of recoverable oil equivalent.

The company is open to finding an “appropriate role” for Pemex, Talos Chief Executive Officer Timothy Duncan said in a phone interview this month. “There are various roles and titles in different jurisdictions” that could serve as a model.

The decision over how to divide Zama could be made by the National Hydrocarbons Commission, known as CNH, and the Energy Ministry if the parties don’t come to an agreement.

Talos has drilled four exploratory wells so far in Zama, and Pemex was authorized by the CNH to drill its own well nearby between January and March.

To contact the reporters on this story:
Amy Stillman in Mexico City at astillman7@bloomberg.net;
Laura Hurst in London at lhurst3@bloomberg.net