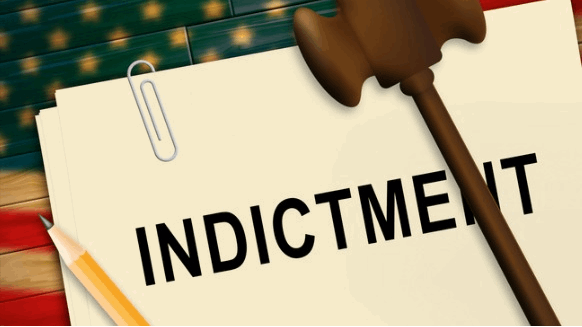 A former manager at the world's largest independent oil-trading firm, was indicted for allegedly bribing Ecuadorian government officials to get business for his firm with state-owned Petroecuador.

(Bloomberg) -- A former manager at Vitol Group, the world’s largest independent oil-trading firm, was indicted for allegedly bribing Ecuadorian government officials to get business for his firm with state-owned Petroecuador.

The case, part of a broad U.S. probe into bribes paid to South American officials, is the latest to sweep up the oil-trading giant. Last year, a former Petroleo Brasileiro SA oil trader who went by the code name “Phil Collins” told a Brazilian judge he received bribes from Vitol to favor the company in contracts.

U.S. prosecutors allege that Javier Aguilar of Houston, who was previously charged in a sealed criminal complaint and arrested, made $870,000 in illicit payments to Ecuadoran officials so they would help him obtain a $300 million fuel-oil contract with Petroecuador.

While the indictment doesn’t name Vitol, the firm is Aguilar’s former employer, according to a person with knowledge of the matter, who asked not to be identified because it’s private.

“Vitol is aware of charges being brought against an individual relating to business with Petroecuador and is cooperating with the relevant authorities,” Vitol said in an emailed statement.

Aguilar couldn’t be reached for comment nor could his lawyer.

Vitol has denied the allegations of bribery in Brazil and has said it has a “zero tolerance” policy regarding bribery and corruption, and that it was cooperating with authorities, including the U.S. Justice Department.

“Vitol is committed to upholding the law and has in place anti-bribery and corruption policies, procedures and controls across its business activities,” according to the statement on Wednesday.

Aguilar was initially charged on a sealed criminal complaint filed on July 10. He made an initial appearance on July 23 and was freed on a $100,000 bail. In an indictment unsealed Tuesday brought by federal prosecutors in Brooklyn, he was charged with conspiracy to bribe foreign officials and a count of money laundering. He’s scheduled to appear at a later date in federal court in Brooklyn.

Separately, a Florida asphalt company called Sargeant Marine Inc. pleaded guilty to conspiring to bribe officials of Venezuela’s state-owned oil company and those of two other South American countries, agreeing to pay $16.6 million to end a wide-ranging U.S. investigation. Charged with violating the Foreign Corrupt Practices Act, the company was “part of a scheme and conspiracy to pay bribes on behalf of the company in multiple countries, in Brazil, Venezuela and Ecuador, in order to win valuable business contracts,” the government told a federal judge in New York at a virtual hearing on Tuesday.

Asphalt, also known as bitumen, is a sticky form of petroleum found abundantly in Venezuela and in high demand in China.

In the case involving Boca Raton, Florida-based Sargeant Marine, employees engaged in the bribery plot between 2010 and 2018, prosecutor Derek Ettinger said. They bribed Brazilian officials, as well as officials of Petroleos de Venezuela SA, and paid off a senior official of Petroecuador to win a 2014 contract. As a result of the scheme, Sargeant Marine earned about $26.5 million, the government said.

U.S. District Judge Eric Vitaliano in Brooklyn accepted the terms of the plea agreement and sentenced the company immediately.

Prosecutors also disclosed several guilty pleas that had been under seal, including by Daniel Sargeant, described in court papers as “an executive and one of the chief decision-makers” of the company between 2012 and 2016.

--With assistance from Sheela Tobben and Andy Hoffman.