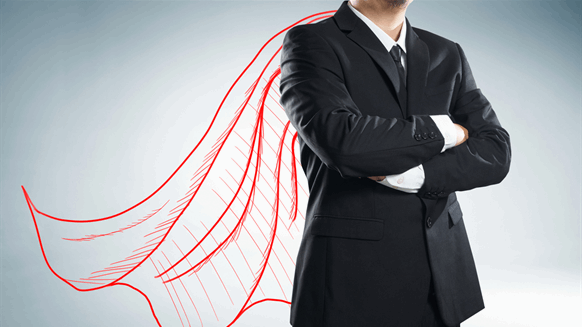 Almost 2 years after Exxon Mobil removed billions of barrels of oil-sands crude from its reserves, its Imperial Oil unit is investing again.

(Bloomberg) -- Almost two years after Exxon Mobil Corp. removed billions of barrels of oil-sands crude from its reserves, its Imperial Oil Ltd. unit is investing again, saying low Canadian crude prices that scared off the other majors make it a perfect time to build.

Imperial Chief Executive Officer Rich Kruger puts the rationale for the C$2.6 billion ($2 billion) Aspen project in northern Alberta down to building when others aren’t to save money.

“It’s a bit countercyclical in that there’s not a lot of investment in construction going on,” Kruger told reporters Wednesday. “So if you want the highest performance from contractors and tradesmen and safety and productivity, it’s a good time to build.’’

The decision comes in stark contrast to moves by Royal Dutch Shell Plc. and ConocoPhillips to sell oil-sands assets, and by locals like Cenovus Energy Inc. and Canadian Natural Resources Ltd. that are curtailing production to weather rock-bottom prices. Part of Imperial’s confidence comes from being able to work around the pipeline bottleneck that has sent prices so low.

Imperial is looking at ways to process more heavy crude at its refineries and could place some of the new production in Enbridge Inc.’s Line 3, the one export pipeline that’s under construction and scheduled to be completed late next year. Imperial also owns a crude loading terminal near Edmonton with the capacity to load 210,000 barrels a day that could be utilized to ship out crude oil.

The project is “definitely a few years out and the major issues around egress are focused on Q4 2018 and Q1 2019,” said Dennis Fong, an analyst with Canaccord Genuity Group Inc. in Calgary.

Plus, investing in down times is how Imperial rolls, Chris Cox, an analyst at Raymond James & Associates Inc., said by phone.

So far, investors seem wary, though. Shares of Imperial slipped 1.6 percent to C$41.50 in Toronto on Wednesday, trimming gains this year to 5.8 percent. Exxon holds about 69 percent of Imperial.

The new oil-sands project, the largest to be sanctioned since crude first collapsed from $100 a barrel in 2014, will produce 75,000 barrels a day of bitumen once it starts operation, using new technology called solvent-assisted, steam-assisted gravity drainage. Construction begins this quarter and is expected to be completed in 2022 and it could be expanded by another 75,000 barrels a day depending on performance and market conditions, the company said.

Investing when others aren’t will allow the company to spend 30 to 40 percent less than what it would have cost four years ago, according to Kevin Birn, a director on the North American crude oil markets team at IHS Markit.

Imperial’s approach is also in contrast to Suncor Energy Inc.’s. Chief Executive Officer Steve Williams said in September that the company wouldn’t expand base levels of production until there is “more clarity” on pipelines.

But Imperial is not entirely alone. Canadian Natural’s 40,000-barrel-a-day Kirby North project, sanctioned after the downturn, is scheduled to begin producing oil by late next year. Cenovus began the Phase G expansion of its 50,000-barrel-a-day Christina Lake oil sands project early last year with production anticipated to start in the second half of 2019.

“Imperial operates with a long-term perspective,” Cox said. “They are implicitly making a bet, but it’s not as big a bet as the market perceived.”