Exxon Sees Historic Loss on Rout With Chevron in Retreat 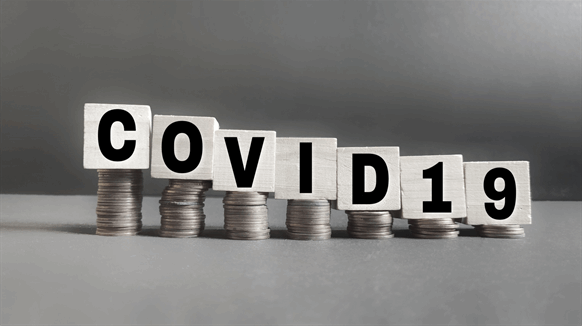 Exxon Mobil posted its first loss in at least three decades and Chevron slashed $2 billion off its spending plan.

(Bloomberg) --Exxon Mobil Corp. posted its first loss in at least three decades and Chevron Corp. slashed $2 billion off its spending plan, the latest concrete signs of the financial devastation the coronavirus pandemic will inflict on the oil giants for months, if not years, to come.

Exxon reported a $610 million loss on Friday, the oil giant’s first since at least 1988, and said it’s shutting hundreds of thousands of barrels of daily output. Meanwhile, Chevron slashed capital spending for the second time in five weeks and accelerated supply curbs.

The results are precursors of even starker figures to come because the earnings period ended on March 31 -- three weeks before crude prices tumbled into negative territory for the first time in history. Exxon fell 4.2% to $44.54 at 10:58 a.m. in New York trading. Chevron dropped 2.8%.

Oil producers are slashing spending and production to cope with the collapse in energy demand that’s accompanied coronavirus lockdowns around the world. The downturn has destroyed billions of dollars in value, sidelined entire drilling programs, erased thousands of jobs and sent some drillers into bankruptcy.

Almost $3 billion in writedowns bit into Exxon’s first-quarter results, driving a per-share loss of 14 cents that was far worse than analysts anticipated. Oil and natural gas output rose 2% during the period.

That said, the company is shutting some its newest and most productive shale wells to preserve that crude until prices are higher, Chief Executive Officer Darren Woods said during a conference call with analysts.

Exxon and Chevron are confronting the Covid-19 disaster from completely different starting points. Exxon was plowing ahead with a grand, multiyear growth agenda when the virus shattered every economic assumption about 2020. Chevron, on the other hand, was already in a defensive mode after a massive writedown of natural gas holdings at the end of last year prompted it to absorb the worst loss in more a decade.

“While much worse commodity prices and downstream earnings lie ahead, Chevron’s additional capital spending cuts and suspension of share repurchases position it well to ride out the coronavirus pandemic challenges and preserve its credit profile,” Moody’s Investors Service Inc. analyst Pete Speer said in an email.

Despite the current downturn, Exxon maintained its long-standing optimism about future demand growth. “Economic activity will return, and populations and standards of living will increase, which will in turn drive demand for our products and a recovery of the industry,” Woods said in a statement.

There are already signs of a recovery in China and the U.S., the world’s largest economies, Woods said during the call. April probably will be shown to have been the worst month in terms of Covid-19 impacts on demand, he said. Woods stuck to the $10 billion in spending cuts announced about four weeks ago.

As for Chevron, full-year spending was cut as much as 13% from the previous plan, the world’s No. 3 oil explorer by market value said in a statement. Chevron also will shut down as much as 400,000 barrels of daily output and retire 60% of the drilling rigs it has under lease.

Oil CEOs are facing choices they’ve never confronted before because worldwide oil demand is forecast to slump by more than twice the annual declines seen during the worst days of the 1980s recession.

Chevron’s worldwide production rose 6% compared with a year earlier to the equivalent of 3.24 million barrels a day, a record for any quarter.

Production shut-ins alone will not balance the oil market. While shut-ins would remove some barrels from the market, the market will remain extremely over-supplied as travel bans eat into demand.

Exxon was particularly vulnerable to the pandemic’s fallout because Woods had just embarked on an ambitious, $33 billion plan to reinvigorate the company’s aging portfolio. As oil prices plunged last month, Woods cut spending by almost one-third, mostly by suspending a major portion of the company’s Permian Basin shale endeavors.

--With assistance from Alix Steel and Catherine Ngai.