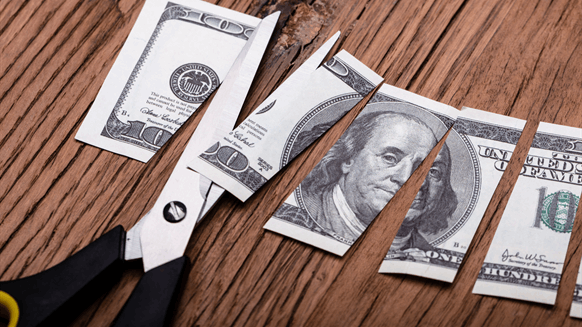 Exxon plans to reduce the cost of pumping Permian oil to about $15 a barrel, a level only seen Middle East oil fields.

(Bloomberg) -- Exxon Mobil Corp. plans to reduce the cost of pumping oil in the Permian to about $15 a barrel, a level only seen in the giant oil fields of the Middle East.

The scale of Exxon’s drilling means that it can spread its costs over such a big operation that the basin will become competitive with almost anywhere in the world, Staale Gjervik, president of XTO Energy, the supermajor’s shale division, said in an interview.

Development, operating and land acquisition costs will be “in and around $15 a barrel,” he said on the sidelines of the CERAWeek Conference by IHS Markit in Houston. West Texas Intermediate futures traded at almost $59 on Thursday. “The way we are approaching it is very unique compared to most, if not really everybody out there, as far as the scale," he said.

The shale revolution has made the Permian into the world’s largest shale field, with production topping 4 million barrels a day, almost as much as Iraq, OPEC’s second-biggest member. But the rapid growth has often meant that producers burn cash flow to reinvest in the expansion, prompting investors to call on them to focus more on returns in 2019.

Exxon plans to deploy 55 rigs in the Permian this year, by far the most of any driller, as it aims to increase output in the region fivefold to about 1 million barrels a day by 2024. Its strategy also includes building its own takeaway infrastructure from separation tanks to pipelines, and it’s even joining a giant conduit project to make sure its oil doesn’t get stuck in bottlenecks that have depressed prices in West Texas.

Some analysts raised their eyebrows over Exxon’s ambitious plan for the Permian, but Gjervik -- a Norwegian who joined Exxon in 1998 and has worked in Angola, Nigeria and the North Sea -- argues that it’s exactly that kind of massive scale that will help the company generate $5 billion of cash flow from the region by 2023.

“Part of this is to get sufficient scale to get capital efficiency out of this,” said Gjervik, who took over from Sara Ortwein this month.

Exxon’s Permian expansion pits it against U.S. rival Chevron Corp., which is also aiming for strong growth there. The San Ramon, California-based company announced plans last week for 900,000 barrels a day by 2023. Royal Dutch Shell Plc is “actively looking” for deals to bulk up its Permian operations, Wael Sawan, the company’s upstream director-in-waiting said this week. Even so, its production will increase about 30 percent a year.

Pedro Alhanat Dias de Souza  |  September 02, 2019
Petrobras can lift a barrel of oil for an average $10.
Rudolf Huber  |  March 15, 2019
Let's just assume that they can't hit USD 15 but rather 20, or even 25. That would still be massive progress towards a world where antics from the leftover oil cartel will be smiled at, at best. Shale is not at the bottom of the hole by sight. Companies like EXXON pump cash and also a lot of scaling expertise into it. Compare that to wildcatters being those who break the wheel and establish new procedures and techniques in order to open up a new resource, and companies like EXXON bring in their massive machine, take those techniques and technologies and build an optimized monster that will shake the world. Assume now, they really hit the UDS 15 target. That would mean that US oil will be among the cheapest on earth and the US energy position is only limited by the size of the reserves.
RELATED COMPANIES
Company: Exxon Mobil Corporation more info
Company: Chevron Corporation more info
Company: XTO Energy more info
Company: Royal Dutch Shell plc more info