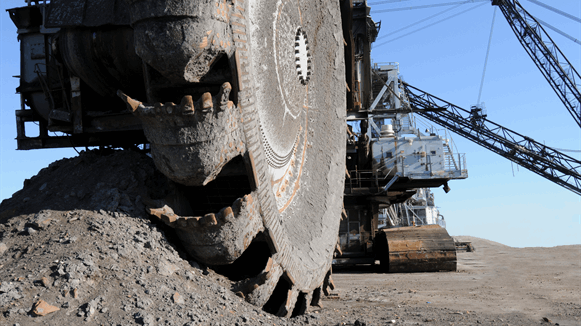 Exxon Mobil Corp. erased almost every drop of oil-sands crude from its books in a sweeping revision of worldwide reserves.

(Bloomberg) -- Exxon Mobil Corp. erased almost every drop of oil-sands crude from its books in a sweeping revision of worldwide reserves to depths never before seen in the company’s modern history.

Exxon counted the equivalent of 15.2 billion barrels of reserves as of Dec. 31, down from 22.44 billion a year earlier, according to a regulatory filing on Wednesday. The company’s reserves of the dense, heavy crude extracted from Western Canada’s sandy bogs dropped by 98%.

In practical terms, the revision clipped Exxon’s future growth prospects until oil prices rise, costs slide or technological advances make it profitable to drill those fields. Exxon has enough reserves to sustain current production levels for 11 years, down from 15.5 years a year ago, based on Bloomberg calculations.

The pandemic-driven price crash that rocked global energy markets was the main driver of Exxon’s reserve downgrade, along with internal budget cuts that took out a significant portion of its U.S. shale assets. The oil sands have historically been among the company’s higher-cost operations, making them more vulnerable to removal when oil prices foundered.

The reserves accounting doesn’t mean Exxon is closing up shop or walking away from Canada because the company can bring them back onto its ledger as crude prices rise.

“Among the factors that could result in portions of these amounts being recognized again as proved reserves at some point in the future are a recovery in the SEC price basis, cost reductions, operating efficiencies, and increases in planned capital spending,” Exxon said in the filing.

The blow to future production potential comes just weeks after Exxon posted its first annual loss in at least four decades. Exxon shares were little changed at $56.85 in after-hours trading and have advanced 38% this year.

The Wall Street Journal reported last month that Exxon was being investigated by the U.S. Securities and Exchange Commission for allegedly overvaluing a key asset in the Permian Basin. Exxon has said the allegations are demonstrably false.

Exxon previously flagged that low prices could wipe as much as one-fifth of its oil and gas reserves from its books but steep cuts in drilling expenditures also imperil the assets its able to keep on the books.

Chief Executive Officer Darren Woods has prioritized high-return projects such as offshore oil in Guyana, shale in the Permian Basin as well as chemical and gas operations along the Gulf Coast in order to defend the company’s dividend. This year’s rally in oil prices will help bolster Exxon’s cash generation, which in recent quarters has failed to cover both its capital spending and dividend, leading to an increase in debt to almost $70 billion.