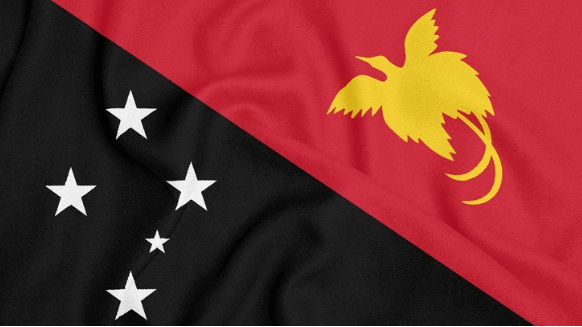 Papua New Guinea is demanding a greater share of the country's resource wealth, stepping up its battle with companies including Exxon Mobil Corp. and Barrick Gold Corp.

(Bloomberg) -- Papua New Guinea is demanding a greater share of the country’s resource wealth, stepping up its battle with companies including Exxon Mobil Corp. and Barrick Gold Corp.

Prime Minister James Marape laid out in a statement to parliament Wednesday the efforts his administration is taking to increase the state’s share of benefits from the production and export of raw materials, as well as criticism of previous governments and deals.

Marape swept to power in 2019 on a pledge to “take back” PNG from multinational energy and mining companies, which are by far the biggest investors in the impoverished South Pacific nation of 9 million. His government has taken a tough stance in recent negotiations, placing the future of some multibillion-dollar projects in limbo.

Among other guidelines, Marape said that the state must take a 60% to 65% share of revenue from future projects, up from just 40% on recent petroleum ventures. His government also wants to see the financial benefits flow through to the state coffers quicker, and for developers to commit to using local labor, goods and services in their operations wherever possible.

“We are on the right course and the journey that we are taking will not be easy,” Marape said. “But we must remain united and resilient in this course, because PNG will be a winner in all aspects.”

Among developments in focus are Barrick’s giant Porgera gold mine, where production halted when the government in April refused to renew its mining lease. Marape on Wednesday denied reports that his actions were tantamount to nationalization, saying the government had only exercised its rights under PNG law to reclaim the lease after 30 years and that all assets at the site remained Barrick’s.

The mine can’t be reopened because Barrick took legal action against the state, Marape said.

A representative for the Barrick (Niugini) joint venture, which includes China’s Zijin Mining, referred to a company statement earlier Wednesday, in which it said it considers the grant of the Porgera mining license to state-owned Kumul Minerals to be unlawful and invalid under PNG law, and intends to take steps to legally challenge the purported grant.

Meanwhile, talks with Exxon Mobil on an agreement to develop the P’nyang gas field broke down in January after the U.S. major rejected the government’s demand for improved terms compared with Exxon’s existing PNG LNG project, which started in 2014. PNG “has been unfairly held to ransom” by Exxon and its partner Oil Search Ltd., Marape said Wednesday, as they’re insisting the project proceed in tandem with a related venture sanctioned by the government last year, Total SA’s $13 billion Papua LNG.

“Discussions with the PNG government to complete the required gas agreement for the P’nyang project are ongoing,” Exxon said in an email. “We are hopeful that we can continue to work towards an outcome that benefits all stakeholders.” An Oil Search spokesman declined to comment.

Marape said the state was seeking legal advice, and hoped to engage with Total on a path forward once the Covid-19 pandemic eased.

Marape said Exxon Chief Executive Officer Darren Woods understood the government’s position on P’nyang, and would respond following consultations with the joint-venture partners. Exxon has said the infrastructure cost savings from Papua and P’nyang gas being processed at an expanded PNG LNG facility are integral to the economics of both projects.

“I am hopeful that both parties can find a mutually acceptable pathway when we re-engage, as a no-deal would have far reaching consequences for both parties,” Marape said.