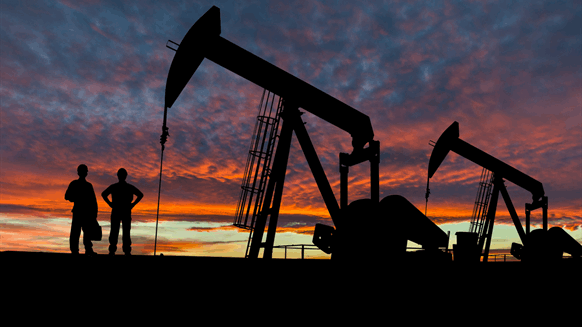 ExxonMobil has overtaken rivals to become the most active driller in the Permian Basin.

(Bloomberg) -- Exxon Mobil Corp. has overtaken rivals to become the most active driller in the Permian Basin, showing the urgency with which the world’s biggest oil company by market value is pursuing U.S. shale.

After a slow start in the West Texas and New Mexico basin, Exxon is now operating more drilling rigs than Concho Resources Inc., which merged with RSP Permian Inc. earlier this year to create one of the biggest Permian-focused explorers, according to statistics from RigData Inc. supplied to Bloomberg Intelligence.

It’s not hard to see why the Permian has become so important to Exxon. A series of strategic mistakes sent the oil giant’s overall production careening to a 10-year low by the middle of this year. Drilling wells in the the Permian, the world’s premier shale field, yields low-cost oil in months rather than the years required for megaprojects to begin producing crude.

“They need to get the production and returns back up, and the Permian is where you can ramp up the fastest,” said Fernando Valle, a New York-based analyst at Bloomberg Intelligence.

Exxon isn’t alone in tapping U.S. shale after years of pursuing overseas resources. Chevron Corp. will spend the highest portion of its capital budget at home in at least a decade. The Permian now accounts for about 10 percent of Chevron’s overall production.

BP Plc this year agreed to spend $10.5 billion on BHP Billiton Ltd.’s shale assets to gain access to the Permian while Royal Dutch Shell Plc is mulling a bid for one of the basin’s largest private companies, people familiar with the matter said Monday.

For Exxon, the Permian is still small when placed in the context of its global reach. In the third quarter of this year it produced just a fraction of the oil titan’s total production. But CEO Darren Woods expects strong growth each year through 2025. By then, he’s targeting as much as 800,000 barrels a day from the Permian and the Bakken in North Dakota, which would be about 20 percent of today’s overall production.

Exxon’s escalation in the Permian is essentially a bet that it can drill wells so cheaply that they’ll be profitable despite crude’s tumble since early October. The company says its shale wells can make double-digit returns with oil at just $35 a barrel. On Tuesday, prices for oil produced from the Permian in Midland, Texas, dropped below $40 for the first time since August 2016. West Texas Intermediate traded at $47.25 at 2:03 p.m. in New York.

“The business we build in the Permian, we’re building for the long term,” Woods said in a Bloomberg TV interview last month. “It needs to be efficient, low cost and effective.”

John Owens  |  December 19, 2018
There is a huge amount of work coming related to the production in the basin - both crude and gas. Multiple pipelines and storage facilities to relieve the takeaway constraints which are currently an issue.