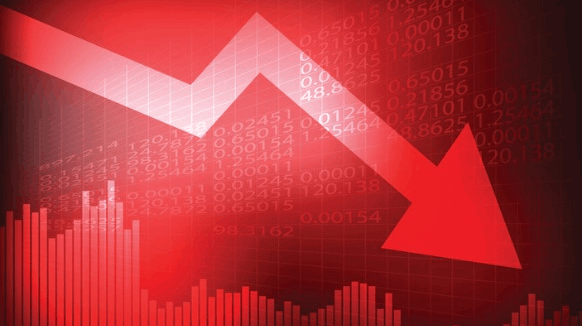 Exxon Mobil Corp. and Chevron Corp. posted the worst losses in a generation.

(Bloomberg) -- Exxon Mobil Corp. and Chevron Corp. posted the worst losses in a generation after the pandemic and a global crude glut combined to batter almost every part of their businesses.

Exxon’s $1.1 billion second-quarter loss was the deepest in the company’s modern history. A collapse in crude prices bled the company’s production division while Covid-19 lockdowns lowered demand for everything from jet fuel to plastic wrap, hobbling the company’s refining and chemical units.

Chevron recorded its weakest performance in at least three decades and warned that the global pandemic wreaking havoc upon energy markets may continue to drag on earnings. The explorer plans to curtail the equivalent of 5% of its worldwide output during the current quarter and backtracked on plans to massively ramp up production from its prized Permian Basin holdings.

Oil has become the poorest-performing sector of U.S. equity markets as a confluence of economic, political and structural threats coalesce to imperil the very foundations of the petroleum industry. Sweeping layoffs, budget cuts and project cancellations haven’t been enough to arrest the industry’s decline as fleeing investors made energy the worst investment in the S&P 500 Index this year.

Exxon generated zero cash from operating activities during the quarter, according to a statement on Friday.

“I was looking at the press release and was like, ‘Is that a typo?’” said Jennifer Rowland, an analyst at Edward D. Jones & Co. in St. Louis. “It’s mind boggling for a company the size of Exxon.”

The U.S. supermajors’ woes are emblematic of the broader threats menacing the petroleum industry in what is turning out to be the deepest crisis of its 161-year history. International titans that raked in record-breaking profits during the first decade of the century have now been reduced to widespread job cuts, belt tightening and heavy borrowing to cover dividends and other outlays.

Exxon, which earlier this year began taking efforts to reduce its U.S. workforce, said it’s developing plans to further curtail operating expenses, without providing details. The company’s 26-cents per-share loss was better than the 64-cent average loss from analysts in a Bloomberg survey.

The worst-ever crude crash came at a vulnerable time for Exxon because it had just embarked on an aggressive, multibillion-dollar rebuilding program. After slashing $10 billion in capital spending and freezing dividends, Chief Executive Officer Darren Woods may be running out of levers to pull.

On Friday, Woods said that, based on current projections, the company won’t take on any additional debt. The pledge appears to be a strategic shift and a defensive move to counter investors who claimed it would test the boundaries of acceptable leverage levels in the next few years.

Leverage has gone to levels not seen in recent downturns and management’s comments that it doesn’t plan to take on more leverage could indicate that a protracted recovery would force the company to cut spending further, or even its vaunted dividend.

Chevron fully erased the value of its Venezuela operations from its books, amounting to $2.6 billion, after they were effectively frozen by U.S. sanctions, and wrote down another $1.8 billion in assets due to lower commodities prices.

Even stripping out the impairments, Chevron’s adjusted loss was $3 billion, more than twice the average analyst estimate in a Bloomberg survey and the deepest since at least 1989.

“While demand and commodity prices have shown signs of recovery, they are not back to pre-pandemic levels, and financial results may continue to be depressed into the third quarter 2020,” Chevron said in a statement Friday.

Venezuela and low prices aside, Chevron also had a one-off charge of $780 million related to its plan to cut 6,000 jobs, or about 13%, of its workforce.

Despite the red ink, Chevron CEO Mike Wirth saw an opportunity for expansion amid the rout: the $5 billion, all-stock takeover of Noble Energy Inc. announced less than two weeks ago. The deal comes at a minuscule premium and plugs holes in Chevron’s long-term portfolio, analysts noted.

--With assistance from Rachel Adams-Heard and Laura Hurst.