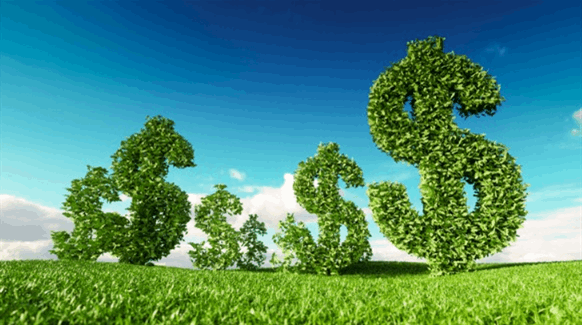 (Bloomberg) -- America’s biggest oil companies are coming under increasing pressure from climate-conscious investors to disclose their long-term forecasts for crude prices as the Covid-19 pandemic injects fresh uncertainty into the demand outlook for fossil fuels.

Exxon Mobil Corp. and Chevron Corp. don’t publish such estimates, meaning that shareholders are less able to scrutinize how the companies’ investment plans square with expectations for a global transition to clean energy. That needs to change, according to the New York State Common Retirement Fund, California State Teachers’ Retirement System, and Ceres, a Boston-based coalition of investors with $30 trillion of assets.

In Europe, major oil companies are sharing their long-term forecasts, with dramatic results. Two weeks ago, BP Plc said it had radically reduced its long-term price assumption for Brent crude, causing a writedown of as much as $17.5 billion. Royal Dutch Shell Plc warned Tuesday that it would write down as much as $22 billion in the second quarter as the pandemic hammers demand for everything from oil to liquefied natural gas.

Long-term price assumptions are critical because they’re used by Big Oil to determine whether or not a resource will be economically viable and at what value it’s held on a company’s books. Activists and some investors say companies are at risk of being overly optimistic in their assessment of future crude prices. That could lead to them to build expensive projects that effectively become worthless — so-called stranded assets —  in a world transitioning toward low-carbon fuel sources.

“Exxon and Chevron should be more transparent and disclose long-term price forecasts and other information that investors need to assess their companies’ low-carbon transition plans,” said Mark Johnson, a spokesman for the Office of the New York State Comptroller, which oversees the New York State Common Retirement Fund. “Without this information, investors cannot assess whether Exxon and Chevron are serious, or just paying lip service to the threat of climate change.”

Chevron compiles “multiple forecast scenarios” informed by third-party information and its own analysis, spokesman Sean Comey said in an emailed statement. “We continue to view this data as proprietary since it contains sensitive business information that would be of interest to our competitors.”

Exxon evaluates annual plans and major investments across a range of price scenarios, and it discloses guidance on the impact of price fluctuations in annual regulatory filings, spokesman Casey Norton said in an emailed response to questions. The company supports the goals of the Paris Agreement on climate change, Norton said.

“The world will continue to require significant investment in liquids and natural gas,” he said.

Covid-19 has brought the issue of future pricing into sharp relief. Before the pandemic, peak crude demand was thought to be at least a decade away. But the virus has caused such a savage drop-off in oil consumption that some, including BP CEO Bernard Looney, are questioning if global usage of fossil fuels will ever return to pre-pandemic levels.

“At the heart of investor concern is that they’re planning for a future that’s not likely to come to pass -- a future of high demand and high prices,” said Andrew Logan, senior director of oil and gas at Ceres.

Speaking to investors in March, Exxon and Chevron both gave their long-term cash flow projections at $60 a barrel, roughly the average of the past five years. But the projections aren’t a long-term price forecast and don’t provide insights into climate planning or potential writedowns. Meanwhile, crude is currently trading around $40 a barrel, with lingering uncertainty over the recovery in global demand or whether OPEC can maintain supply cuts.

Both companies regularly tout their new projects as having low break-even costs that make them more competitive than those of their rivals. For example, Exxon has said its projects in Guyana and the Permian Basin on West Texas and New Mexico will make “double-digit returns” at $40 a barrel. But it may be a different story for other parts of its portfolio. If oil was at $30, Exxon would own 60% of the oil majors’ 30 lowest-margin assets by production, according to researcher Wood Mackenzie Ltd.

“There’s a bit of opaqueness to the disclosure” from American oil companies without the long-term price assumptions, said Brian Rice, a fund manager at California State Teachers’ Retirement System, also known as Calstrs. “From an engagement perspective, it can be frustrating,” he said, adding that it could be a data point that more investors push for in the future. Calstrs and the New York State Common Retirement Fund manage about $453 billion between them including shares of Exxon and Chevron.

While there’s no specific regulation than prevents U.S. companies from publishing long-term price forecasts, many are reluctant to do so for fear of exposing themselves to lawsuits accusing the companies of trying to influence oil prices, according to Ed Hirs, an energy fellow at the University of Houston.

For investors, the risk they face is that price assumptions are too rosy. But it’s also a critical issue for the environment. Much of Canada’s oil sands, among the most carbon-intensive parts of the industry, were developed with the expectation of prices above $80 a barrel, according to Kathy Mulvey, a campaign director at the Union of Concerned Scientists.

“We need more scrutiny at the front end of these projects,” she said in an interview. “They pose systemic risks to the environment if they get it wrong.”

To contact the authors of this story:
Kevin Crowley in Houston at kcrowley1@bloomberg.net
Akshat Rathi in London at arathi39@bloomberg.net

To contact the editor responsible for this story:
Simon Casey at scasey4@bloomberg.net
Christine Buurma

Cara meyers  |  July 01, 2020
I am so sick of self righteous activist investor groups and their junk science and climate politics. If you don't believe in the company When you read its annual reports and disclosures, than don't invest in it.hydrocarbons are necessary and safe.. whenever you all decide to live in mud huts with no utilities you let us all know.
RELATED COMPANIES
Company: Exxon Mobil Corporation more info
Company: Chevron Corporation more info