Ex-Occidental Chief in $2.66B Deal for EnerVest Shale 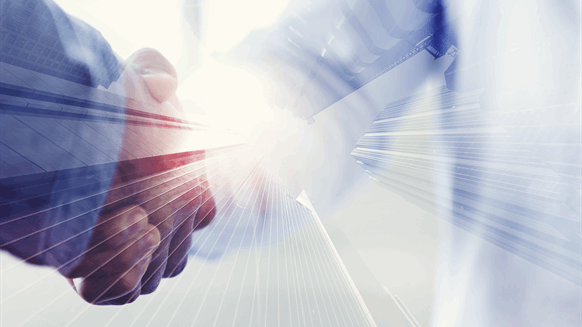 Steve Chazen, who transformed Occidental Petroleum Corp. into a heavyweight of the US shale boom, is looking to replicate that success in south Texas with a $2.66 billion deal.

(Bloomberg) -- Steve Chazen, who transformed Occidental Petroleum Corp. into a heavyweight of the U.S. shale boom, is looking to replicate that success in south Texas with a $2.66 billion deal.

TPG Pace Energy Holdings Corp., a blank-check company formed by Chazen and private equity firm TPG, agreed to acquire rights to about 360,000 net acres in the Eagle Ford and Austin Chalk drilling plays from oil and gas investment firm EnerVest Ltd., according to a statement Tuesday.

TPG Pace, which raised $650 million in a public offering in May, plans to change its name to Magnolia Oil & Gas Corp. upon closing the deal by the end of June. Chazen will be chief executive officer of Magnolia while EnerVest will operate the assets and own about 51 percent of the company. TPG Pace investors will own 43 percent and TPG will own the rest, according to the statement.

Chazen, who left Occidental in 2016 after more than 20 years at the company, is the latest high-profile oilman to stage a comeback at the helm of a so-called special purpose acquisition vehicle. SPACs raise money from investors with a mandate to spend most of it buying a company.

The 71-year-old said he isn’t ready to retire.

“What I enjoy doing is I enjoy capital allocation, or investing money,” Chazen said in an interview. “I plan to do it for a long time.”

TPG Pace is paying EnerVest a combination of stock and cash. It plans to raise about $330 million of that cash through a private placement of shares to investors including Fidelity Management & Research Co., Capital Research and Management Co. and Davis Selected Advisers LP, according to the statement.

TPG Pace shares rose as much as 5.9 percent in New York trading, their biggest intraday advance since the stock debuted in June. The shares were up 4.6 percent to $10.18 at 11:15 a.m.

EnerVest CEO John Walker said the deal will enable the Houston-based private equity firm to go into business with a well-respected operator with a proven track record.

“We have a lot of confidence in Steve,” he said. “I have admired him for a long time. I think he does things the right way.”

Other oil industry veterans now leading companies that began as SPACs include James Hackett, the former head of Anadarko Petroleum Corp. Hackett helps run Alta Mesa Resources Inc., which last month closed the purchase of an explorer in the Stack region of Oklahoma. Mark Papa, the former head of EOG Resources Inc., runs Centennial Resource Development Inc., a SPAC that bought a company in a portion of the Permian Basin known as the Delaware two years ago.

Come Out A Winner

Where Papa and Hackett have entered into two of the hottest new shale plays in the country, Magnolia will focus on South Texas acreage known to the industry for decades. Chazen said his goal is to create a low-risk, steadily-performing company that doesn’t have a lot of debt and is easy for investors to understand.

“When there is a downturn, you have to come out a winner,” he said in an interview. “You need a conservative model in a volatile business.”