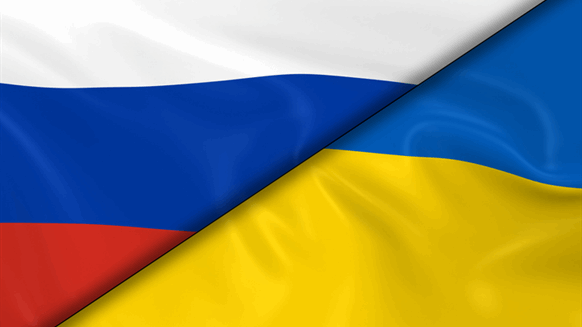 European gas and power prices extended declines after a last-gasp accord between Russia and Ukraine on natural gas flows averted a winter supply crisis.

(Bloomberg) -- European gas and power prices extended declines after a last-gasp accord between Russia and Ukraine on natural gas flows averted a winter supply crisis.

The two former Soviet allies late on Monday signed all agreements needed for flows to Gazprom PJSC’s main markets in the west to continue for the next five years. Steady shipments from Europe’s dominant supplier, coupled with record amounts of liquefied natural gas this year, mean that a glut of the fuel won’t end anytime soon.

“There’s no more transit risk,” said Thierry Bros, an associate at Harvard University’s Davis Center for Russian & Eurasian Studies. “We are in a world with a lot of LNG and piped gas and the Russians want to keep their market share in Europe.”

Benchmark Dutch gas prices dropped 0.7%, taking their record annual plunge to 44%. German power traded at its lowest level since May 2018.

Natural gas flows are a key feature in the fraught relationship between Russia and Ukraine and getting a final deal done before the end of the year will appease energy traders across Europe. Supplies to the region have been cut twice during in the past 13 years at times of peak demand because of financial and political disputes between the two neighboring countries.

“After five days of non-stop bilateral talks in Vienna, final decisions have been taken and final agreements reached,” Gazprom Chief Executive Officer Alexey Miller said in an emailed statement, adding that the package of agreements ensures that Russia ships gas via Ukraine beyond Dec. 31. The current transit deal expires on Jan. 1.

Despite tense political relations, Ukraine remains the main export route for Russia’s gas to Europe. The nation will earn at least $7 billion from the transit deal in the next five years, Ukrainian President Volodymyr Zelenskiy said in a statement.

The deal is a “good and important signal” for European supply security, German Chancellor Angela Merkel said on Tuesday.

For the European Union, which is targeting an unprecedented shift to a green economy, the accord means uninterrupted flows of a fuel that is less polluting than other fossil fuels such as coal or oil, European Commission Vice President Maros Sefcovic said in an interview.

Russia has been the EU’s biggest, and often cheapest, energy supplier with Gazprom providing about 37% of region’s fuel last year.

Gazprom is seeking to reduce its reliance on Ukraine’s Soviet-era pipeline network to ship its gas and is building the Nord Stream 2 pipeline under the Baltic Sea directly to Germany. Work on that link, which had been planned to be completed this year, halted this month because of U.S. sanctions on the company laying it.

Eastern European nations have been strongly opposed to Nord Stream 2 as it could allow Gazprom to cut off their supply while continuing to supply its main markets in western Europe.