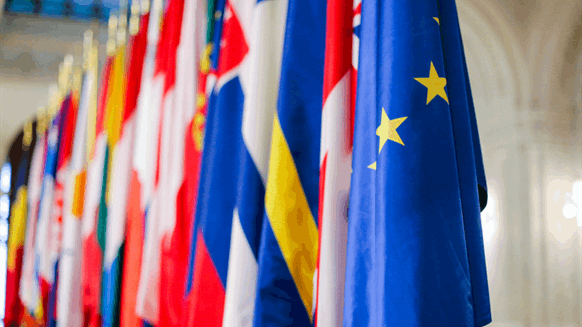 The coronavirus is destroying the profitability of Europe's oil refiners and the industry is hunkering down for a tough winter.

(Bloomberg) -- The coronavirus is destroying the profitability of Europe’s oil refiners and the industry is hunkering down for a tough winter.

Owners of plants in Finland, France and the Netherlands made announcements in recent weeks that point to the likely closure of facilities in those countries. While that would take out some surplus refining capacity, there’s a more pressing issue: the region’s refineries will operate about 25% below capacity this month, according to IHS Markit. With virus cases surging and diesel trading near its weakest in at least nine years, few are optimistic for a meaningful recovery.

Diesel is under pressure from almost every angle. Refineries, responding to still-collapsed jet fuel demand, are making more of the road fuel instead. Another challenge is that gasoline markets are holding up as people avoid public transport by driving their cars to work. That puts pressure on the plants to continue processing crude even if it means churning out more diesel at a time when demand remains lackluster.

“It’s very difficult for anyone to make money when diesel cracks are at this level,” said UBS Group AG analyst Henri Patricot, referring to the price gap between the fuel and crude oil in Europe. “We continue to see a demand recovery, but it has slowed.”

Diesel now costs about $4 a barrel more than crude in Europe, after falling recently to the lowest in at least nine years. That’s particularly difficult for Europe’s refiners since the fuel represents almost half a typical plant’s output.

Gasoline traded at just over $4 a barrel more than crude in Europe on Wednesday. That’s a big improvement on recent months, but still a very low level by historic standards.

“We don’t see any scope for strong recovery in refinery utilization through next spring,” said Eleanor Budds, an analyst at IHS Markit. “Demand recovery will be hampered by restrictions on movement and very subdued jet demand.”

While refiners can re-jig what they make depending on seasonal changes in demand, European producers would normally expect demand for heating oil, a similar product to diesel, to support margins in winter. The current weakness also coincides with maintenance season in the industry, when the idling of capacity should also offer some support.

Royal Dutch Shell Plc, the continent’s biggest oil company, said Wednesday it will be scaling back how many of the plants it runs.

The International Energy Agency expects refining runs in OECD Europe to dip in September and October, then bounce back to August levels in November. Several traders and an oil trading analyst said such a recovery might be optimistic, given the industry uncertainty that rising numbers of virus cases has caused.

Even if demand for key oil products does continue to recover, the return of OPEC+ supply could add a new headwind for some refiners, according to Jonathan Lamb, an analyst at Wood & Company, an investment bank.

Cuts in output by the producer group led to a tighter market for high-sulfur fuel oil, a residue from crude refining that makes up a big proportion of what more basic refiners churn out.

“HSFO has been selling at high prices, thanks to a shortage of heavy crude oils, which probably kept a few more simple refineries in the game,” said Lamb. “Rising OPEC production should help solve that one.”

--With assistance from John Deane.