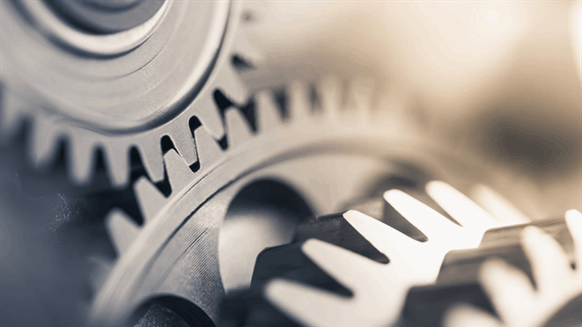 BP, Shell and Total are among partners in a new exchange to trade Abu Dhabi's flagship oil grade in what could become a new price benchmark for a fifth of the world's crude.

(Bloomberg) -- BP Plc, Royal Dutch Shell Plc, Total SA and Vitol Group are among partners in a new exchange to trade Abu Dhabi’s flagship oil grade in what could become a new price benchmark for a fifth of the world’s crude.

Although oil producers across the Persian Gulf pump about a fifth of the world’s oil, they have never had a region-wide, exchange-traded crude benchmark. Adnoc wants the Murban futures contract to become a benchmark for crude from the Middle East, the world’s biggest oil exporting region.

Murban crude futures are likely to begin trading around June, and are set to be the benchmark for other Abu Dhabi grades, Al Jaber said in an interview after ICE’s announcement. ICE will be a majority shareholder in the Abu Dhabi futures exchange, he said.

Murban is Adnoc’s most plentiful grade, at about 1.7 million barrels a day, and accounts for more than half of the crude pumped in the United Arab Emirates. Abu Dhabi holds most of the oil in the U.A.E., the third-largest producer in the Organization of Petroleum Exporting Countries.

Abu Dhabi won’t be the first regional producer to offer futures contracts for its crude. Oman and the neighboring U.A.E. emirate of Dubai joined with CME Group Inc. in 2007 to start the Dubai Mercantile Exchange to trade Omani crude futures. Oman, Dubai and Saudi Arabia are the only producers in the Gulf to price off the contract; most of the others base their monthly crude pricing on the Dubai and Oman crude price assessments by S&P Global Inc.’s Platts.

There is room for more than one benchmark in the region, and the Oman and Murban markers could act as reference points for different crude grades and qualities, Al Jaber said. Murban is lighter and more sweet, while Oman is heavier and more sour, he said.

Murban is lighter and contains less sulfur than most Middle Eastern crudes, making it easier to refine. It generally fetches higher prices on global markets and is similar in quality to Brent crude, the global benchmark. Brent crude futures are traded on the London-based ICE Futures Europe Exchange.

To contact the reporters on this story:
Javier Blas in London at jblas3@bloomberg.net;
Anthony DiPaola in Dubai at adipaola@bloomberg.net

To contact the editors responsible for this story:
Nayla Razzouk at nrazzouk2@bloomberg.net
Bruce Stanley