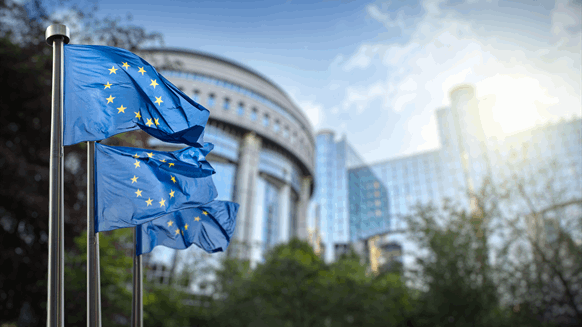 The European Union is discussing a price cap on Russian oil between $65 and $70 a barrel, according to people familiar with the matter.

The European Union is discussing a price cap on Russian oil between $65 and $70 a barrel, according to people familiar with the matter, a level that would be more generous to Moscow than many expected when the Group of Seven first proposed the idea.

The range is well above Russia’s cost of production and higher than some countries had been pushing for. As Russia is already selling its crude at discounts, a high cap may have minimal impact on trading.

After months of discussion on the cap plan, which was first pushed by the US, G-7 nations are expected to settle on a figure from within the $65-$70 range, some of the people said. But several EU diplomats said the proposed level was too high. The range is in line with the historical average from before the invasion.

EU ambassadors are meeting on Wednesday with the aim of approving the cap mechanism and a proposed price level. If they do, the EU and G-7 could announce the price cap level later Wednesday, the people said. The cap needs the backing of all member states to be approved.

Oil prices fell after Bloomberg reported the proposed price range. One reason traders appear to be shrugging it off is that insurers and shippers will simply have to make sure the cargoes they carry were sold below the cap price. If the cap comes in close to existing discount levels, Russia could claim it’s conducting business as usual.

“Russian oil currently trades at a significant discount compared to Brent, around $65 per barrel,” said Simone Tagliapietra, a senior fellow at the Bruegel think tank in Brussels. “Should the G-7 price cap for Russian oil be set at a similar level, it wouldn’t do much harm to Russia.”

The aims of the price cap were always ambiguous: The US wanted to make sure Russian oil kept flowing while also trimming Moscow’s revenue. The EU sanctions initially were more focused on reducing revenue for Vladimir Putin’s war machine. The result of the hard-negotiated cap has been to soften the impact of the impending EU sanctions.

To compensate for the watered-down plan, a group of EU countries including Poland and the Baltic states are pushing for a new EU sanctions package on Russia as soon as possible.

The price cap would ban companies from providing shipping and services, such as insurance, brokering and financial assistance, needed to transport Russian oil anywhere in the world unless the oil is sold below the agreed threshold. The cap plan, which is being driven by the G-7, has two aims: keeping Russian oil flowing in order to avoid global price spikes, while at the same time limiting Moscow’s revenues.

The EU has also proposed adding a number of grace periods to its latest version of the cap legislation and has significantly narrowed the penalties on shipping provisions.

The latest proposal eases several elements of the cap that were laid out in the bloc’s most recent sanctions package, including ones that could have placed indefinite restrictions on ships that carried Russian oil above the price cap. Penalties on those ships would now be limited to a 90-day period and apply only to Russian oil.

The bloc also proposed adding a 45-day transition to the introduction of the cap, according to a document seen by Bloomberg. The proposed grace period would apply to oil loaded before Dec. 5 -- the date oil sanctions are due to kick in -- and unloaded by Jan. 19, aligning the EU to a clause previously announced by the US and the UK.

Most G-7 nations and the EU plan to stop importing Russian crude this year. Provisions for refined petroleum products, including a cap on those prices, are due to come into force in February.

--With assistance from Jorge Valero.