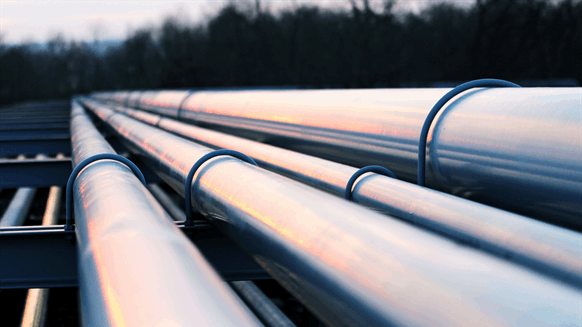 Enterprise Products Partners LP says it will expand its Seaway crude pipeline system capacity to about 950,000 barrels per day.

The company said it expects to add drag reducing agents (DRAs) to boost capacity on the Seaway 2 line by about 100,000 bpd by September. The Seaway system hauls crude from Cushing, Oklahoma, the delivery point for U.S. oil futures, to Gulf Coast refineries.

Enterprise said it was also evaluating more expansions of the Seaway system and was mulling converting natural gas liquids (NGL) pipelines to crude oil in order to help alleviate pipeline takeaway constraints in the Permian basin.

The production surge in the Permian basin, the biggest oilpatch in the United States, has outpaced pipeline takeaway capacity, causing bottlenecks and depressing prices in the region.

The Midland-to-Sealy crude oil pipeline averaged 545,000 bpd of gross transportation volumes from the Permian basin. That pipeline was recently expanded to 575,000 bpd and is fully subscribed under long term contracts, the company said during its earnings call.

In its Houston terminal alone, the company has over 2 million bpd of crude export capacity along with about 1 million bpd at its Texas City facility with Enbridge.

U.S. crude exports have surged since Washington lifted a ban in late 2015 and have helped support oil prices as production has climbed to a weekly record of about 11 million bpd.

In July, Enterprise said it was planning to develop an offshore crude oil export terminal off the Texas Gulf Coast capable of fully loading Very Large Crude Carriers (VLCCs), which have capacities of about 2 million barrels.

The project has seen demand from international customers as well as U.S. producers, the company said.