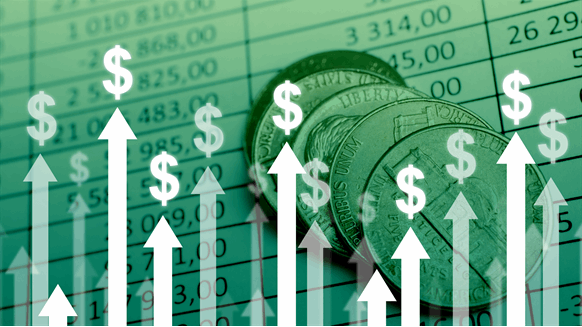 Eni SpA’s profit remained strong in the third quarter, beating estimates despite a decline in oil and gas prices.

The Italian giant follows Shell Plc and TotalEnergies SE, which extended a run of historically high earnings this week. The performance is delivering greater returns for investors, while also keeping the industry in the cross-hairs of governments around the world that are grappling with the cost of energy and considering further market interventions.

“Despite a decline in crude oil prices and a rapid fall in refining margins, we have continued to deliver positive results, mainly thanks to the robust performance of our international businesses,” Eni Chief executive officer Claudio Descalzi said in a statement on Friday.

Eni was the best performer in the Italian stock market, with shares up 1.31% at 9.31am in Milan. It was one of only two stocks gaining in down market.

Third-quarter adjusted net income was €3.73 billion ($3.72 billion), compared with an average analyst estimate of €3.21 billion, according to the statement. That’s down from €3.81 billion in the prior period.

The company posted a net loss in its home country of about €1 billion in first nine months of the year, which it said was “mainly” due to a windfall tax imposed by the government.

Eni’s oil and gas production dropped to 1.58 million barrels of oil equivalent a day and the company reduced its full-year output estimate.

Due mainly to a worsening situation in Nigeria, unplanned shutdowns at the Kashagan field in Kazakhstan, and lower production in Norway, Eni now expects to pump an average of 1.63 million barrels of oil equivalent a day this year, down from an estimate 1.7 million given in March.

Eni’s gas unit posted about €1 billion of adjusted operating profit, well ahead of the average analyst estimate of €159.6 million as the company successfully exploited price volatility. Full-year guidance for the business was raised to more than €1.8 billion.

The company confirmed its plan to buy back €2.4 billion of stock this year and pay a dividend of €0.88 per share, assuming the price of benchmark Brent crude is between €80 and €90.

While this year’s energy market turbulence has boosted profits, it has also scuppered Eni’s efforts to list its renewables arm. The company is currently ruling out an initial public offering of the multibillion-dollar division until 2023, people familiar with the matter said.