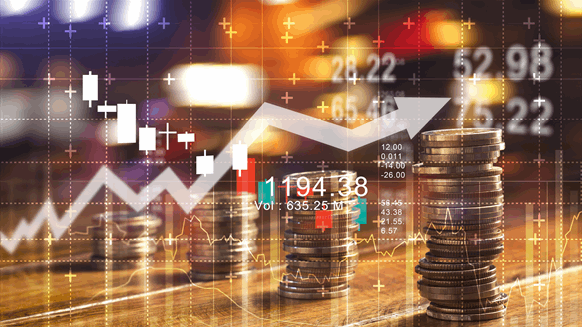 Companies continue to link executive pay to the discovery of energy resources the world can't safely burn, according to a new report.

(Bloomberg) -- Oil and gas companies continue to link executive pay to the discovery of energy resources the world can’t safely burn, potentially jeopardizing shareholder value, according to a new report.

As many parts of the world shift toward a low-carbon economy, energy companies may be at increasing risk “of over-investing, and wasting capital on projects that turn out to deliver poor returns and destroy value,” the report by the Carbon Tracker, a U.K. nonprofit focused on climate risks to fossil-fuel companies, finds.

Companies that encourage executives to discover and produce new fossil fuels tend to see poorer stock performance than those who base compensation on financial returns and cost metrics, the study says. That dynamic was particularly pronounced in the two years following the 2014 oil-price collapse, when executives whose pay was less dependent on growth performed 7 percent better than those whose compensation was tied to reserves or production.

There has been “a clear trend” towards basing executive pay on returns since that volatility, writes Andrew Grant, Carbon Tracker senior analyst and author of the report, which is based on publicly available 2017 compensation data.

If it’s a trend, it’s a nascent one. In 2017, about 90 percent of companies in the study offered executives growth incentives based on maximizing oil-and-gas reserve replacement, production or revenue.

Ten of the 40 companies studied by Carbon Tracker began using some metrics based on returns in 2018, or used more of them than previously, according to the report. Diamondback Energy Inc., a Midland, Texas-based independent producer, is the only company that did not include any growth metrics in its pay structure for 2018.

BP Plc eliminated a compensation metric for replacing reserves and implemented a new one based on the return of capital after a 2015 shareholder resolution. The old measure “does not fit with the group’s strategic focus on ‘value over volume,’” the company said in a 2016 report.

Anadarko Petroleum Corp., Cabot Oil & Gas Corp., Canadian Natural Resources Ltd. and Oil Search Ltd. weigh production and reserves-growth more than other companies in the study. Andarko and Cabot adjust share values used for calculating pay, based on the company’s debt load, a practice that discourages borrowing to pay for growth, according to Carbon Tracker.

The report echoes increasing calls from shareholders for shale drillers to focus on returns, rather than growth at any cost.

In the future, the highest returns are likely to come from low-cost oil and gas projects, diversification, and maximizing share-value and-returns, Carbon Tracker concludes. When new opportunities to expand production are thin, companies should return capital to shareholders through dividends or stock buybacks.

To contact the author of this story: Eric Roston in New York at eroston@bloomberg.net.