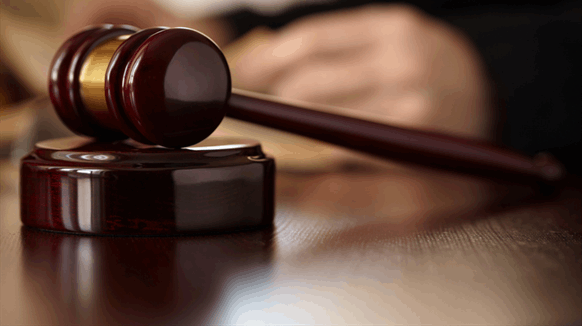 Enbridge was ordered to temporarily halt operations of its Line 5 crude oil pipeline by a Michigan judge.

(Bloomberg) -- Enbridge Inc. was ordered to temporarily halt operations of its Line 5 crude oil pipeline by a Michigan judge, handing a victory to state officials who have sought to shut down the conduit.

Circuit Court Judge James Jamo ruled Thursday against the continued operation of the conduit’s west line and prevented it from restarting the east line. The shutdown must happen within 24 hours, and the orders will remain in effect until a hearing on the state’s request for a preliminary injunction.

It’s a win for Michigan Governor Gretchen Whitmer and Attorney General Dana Nessel, who have tried to shut down the pipeline since taking office last year over concerns about a potential spill in the Great Lakes. Enbridge had planned a $500 million project to replace the line and enclose the segment that runs under the lakes in a tunnel to improve its safety.

Enbridge confirmed that it has shut down the pipeline’s west segment, as required by the court, but said its inspections have determined that portion of the line is safe to operate. The company is committed to protecting the environment in the Great Lakes and plans to provide the court with the information it requested, spokesman Michael Barnes said in an emailed statement.

Line 5 runs along a 645-mile (1,040-kilometer) route from Superior, Wisconsin, to Sarnia, Ontario, transporting as much as 540,000 barrels a day of light crude and synthetic crude, and natural gas liquids that are refined into propane. The pipeline was built in 1953 and consists mostly of 30-inch diameter pipe. It splits into two 20-inch diameter lines for the 4.5-mile section that runs under the Straits of Mackinac, which connects Lake Michigan and Lake Huron.

The most recent tussle over Line 5 started last week, when Enbridge discovered that a screw anchor support for the segment in the straits had shifted from its original position. The company says it shut down the line and notified the state the day it found the damage.

Whitmer wrote to the company asking for all its information on the incident, and Nessel later filed court motions asking to shut down the line until the state had fully reviewed the information. Enbridge said it would fight the request, which it called “legally unsupportable.”

Enbridge closed up 1% at C$41.38 in Toronto after the judge’s order caused it to give up earlier gains of as much as 1.7%. Canadian heavy crude prices also slipped on the news.