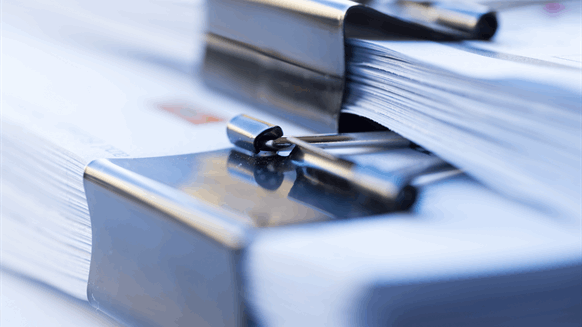 Enbridge Inc. submitted to regulators its plan for long-term contracts for its giant Mainline crude pipeline system linking the oil sands to refineries in the U.S. and eastern Canada.

(Bloomberg) -- Enbridge Inc. submitted to regulators its plan for long-term contracts for its giant Mainline crude pipeline system linking the oil sands to refineries in the U.S. and eastern Canada.

The plan was sent to Canadian regulators on Thursday, the company said in a statement. The Mainline is a group of pipelines carrying a collective 2.85 million barrels of oil a day from Alberta to refineries and crude hubs in North America.

Enbridge has been seeking to sign customers on the Mainline up for contracts as long as 20 years, a shift from the current system in which space on the system is allocated on a monthly basis. The plan hit a bump in September, when regulators halted the move after an outpouring of opposition from producers who said Enbridge was abusing its market power. The regulators required Enbridge to have the terms and conditions of the new firm-service agreement approved before it could offer contracts to customers, and Thursday’s filing represents the next step forward in that process.

Guy Jarvis, Enbridge’s executive vice president for liquids pipelines, told reporters that the application entered Thursday features some changes to credit requirements that can help smaller producers and some administrative changes to reflect that the open season will come after the terms approval rather than before it.

Enbridge now expects an open season for producers to bid for contracted space on the Mainline to occur in the first quarter of 2021, Jarvis said.

“Our dialogue with a fairly long list of customers about their concerns continues. With many of them we have briefed them more fully on what we’re planning to do,” he said.

A minimum of 325,000 barrels a day of capacity, or 10% of the total, will be available for spot shipment arrangements.